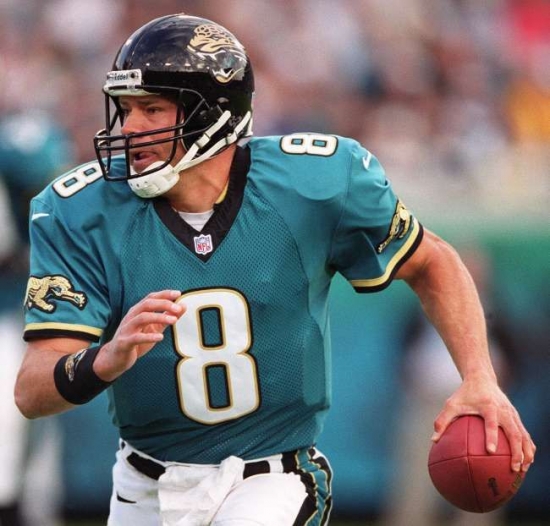 Mark Brunell was the backup for Brett Favre for two seasons in Green Bay, but when you backup a superstar who will play through any amount of pain, you are not going to see any action.  He was traded to Jacksonville for their inaugural season, and the Jags had their first Quarterback.  He was also a good one!

Brunell had a moderate year in 1995, but he exploded in 1996, going to the Pro Bowl and leading the NFL in Passing Yards (4,367), and took Jacksonville to the AFC Championship Game.  That was his best year, but he still had more good ones left, as he had two more Pro Bowls, and four more 3,000 plus passing seasons.

He was with the Jaguars until 2003 when he was traded to the Washington Redskins.  With the Jaguars, he would obtain 144 Touchdown Passes on 25,698 Passing Yards.