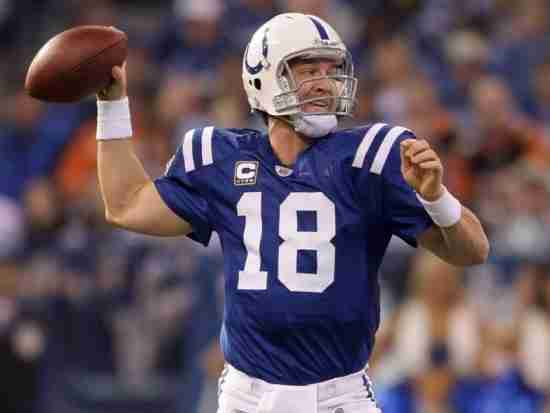 This one was surprisingly easy.

Peyton Manning holds every major Quarterback record in Colts history and for that matter a cornucopia of all-time records in the National Football League.


Amazingly when Manning was drafted first overall in 1998, there was debate as to whether the product of the University of Tennessee was even the right choice (Ryan Leaf anyone?) but it was almost immediate as to whether Archie’s son was the correct pivot.

Manning would quickly become an elite player and was always considered by everyone (experts and Monday morning QBs) regarded him as one of the best.  Peyton had well over 50,000 Passing Yards as a Colt, twice leading the NFL in that category.  Three times he would lead the NFL in TD Passes, three times in

Quarterback Rating and most notably took the Colts to the Super Bowl win at Super Bowl XLI, a game in which he was named the MVP.

The bottom line is that any team with Peyton Manning on it became a contender and the only tragedy here is that a neck injury forced him out for the entire 2011 season and the team elected to move on from Peyton and he did not finish his career there.

Manning may remain number one on this list forever.; four MVPs for your team will make that happen!

Manning entered the Pro Football Hall of Fame in 2021, with the franchise retiring his number 18 and inducting him into their RIng of Honor in 2017.