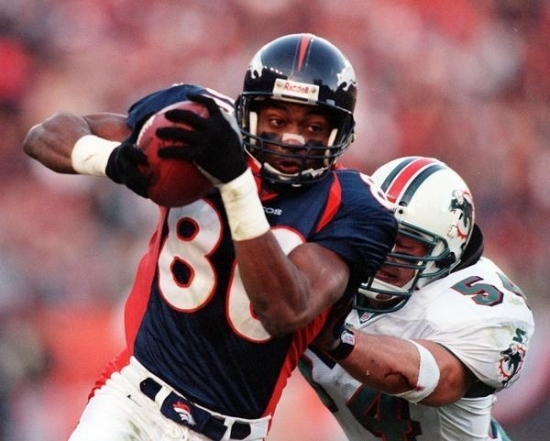 Playing college at Missouri Southern State, Rod Smith would break a lot of school records, but it did not translate into a draft selection.  The Denver Broncos would, however, sign him and while he did not play as a rookie and sparingly in the two seasons after, he would become a star receiver for John Elway in 1997 where he would catch 70 Receptions for 1,180 Yards and 12 Touchdowns and was a member of the Denver's Super Bowl XXXII win, the first in franchise history.  This was not a one year wonder as Smith again hit 1,000 Yards in 1998 and played a more prominent role in their Super Bowl XXXIII title where he had five catches for 152 Yards and a Touchdown.