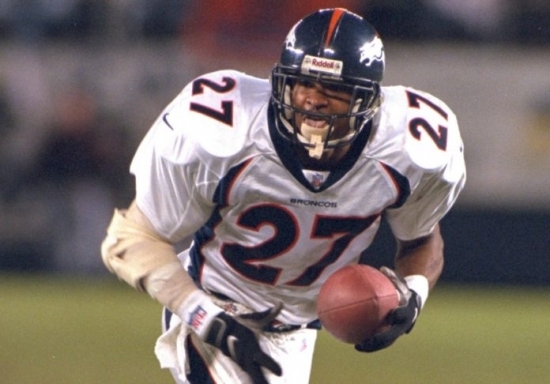 Steve Atwater was one of the most hard-hitting Safeties ever, and his highlight reel reeks of tackles and hots that would be illegal today.

The first rounder from Arkansas was the runner-up for the Defensive Rookie of the Year Award, and he helped bring the Broncos to the Super Bowl.  Atwater's already strong game would improve, and he was chosen for seven consecutive Pro Bowls (1990-96) with a pair of them being deemed worthy for a First Team All-Pro Selection.  As the decade was reaching its end, Atwater and the Broncos would win two straight Super Bowls (XXXII and XXXIII) with the first one considered to be Atwater's last real hurrah as a superstar where he had six tackles, a sack, and a forced fumble.

Atwater is considered one of the bigger Hall of Fame snubs, but he has been a Finalist.