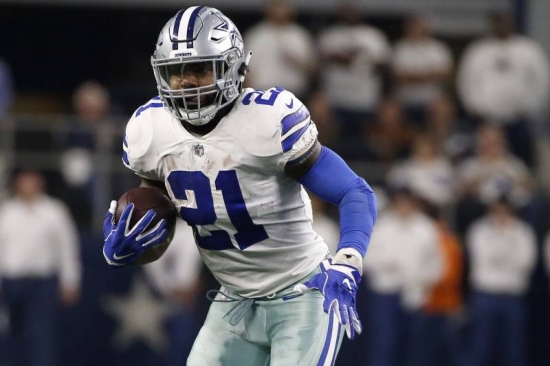 Still with the Dallas Cowboys as of this writing, Ezekiel Elliott is set to enter his seventh season in "Big D."

The fourth overall pick in the 2016 Draft, Elliott was an All-Rookie and would win the Rushing Title with 1,631 Yards from the ground, and he would also punch the ball into the end zone 15 times.  Elliott won the Rushing Title again in 2018 with 1,434 Yards, and in the four seasons he has played, he has always finished in the top ten in that stat.

Elliott is also a receiving threat, and on three occasions (2016, 2018 & 2019), he has finished second in both Yards from Scrimmage and All-Purpose Yards.  Currently 470 Yards away from 10,000 in Yards From Scrimmage, "Zeke" remains a threat to rocket up this list.