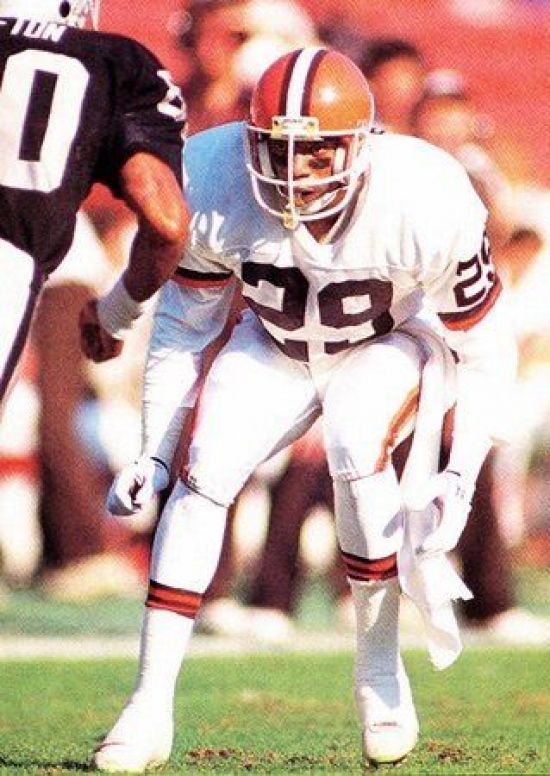 A 1981 First Round Pick from Southern Mississippi, Hanford Dixon played nine seasons in the National Football League, all with the Cleveland Browns.

Playing at Cornerback, Dixon started 128 of his 131 Games on the right side, and he would come into his own in the last half of the decade.  Dixon went to three consecutive Pro Bowls (1986-88), with the first two achieving First Team All-Pro status.

Dixon secured 26 Interceptions over his career and is credited with naming the Browns' defense the "Dawg Pound," which took a life of its own.  The Browns named Dixon to the list of Legends in 2003.