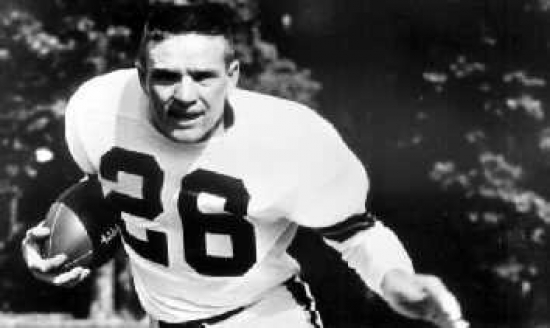 Taken in the 4th Round from North Texas, Ray Renfro was one of the many players that Paul Brown acquired who turned out to be a hidden gem.

Renfro played his entire 12-year career with the Browns, with the middle ten as one of the better Flankers in football.  A three-time Pro Bowl Selection, Renfro led the NFL in Receiving Yards per Game in 1955 and accumulated 5,508 Receiving Yards over his career, an excellent tally for his era.  Renfro proved to be a key part of two NFL Championships (1954 & 1955).

He would later win a Super Bowl as the Quarterbacks/Wide Receivers Coach for Dallas.  The Browns named Renfro to their legends list in 2001.