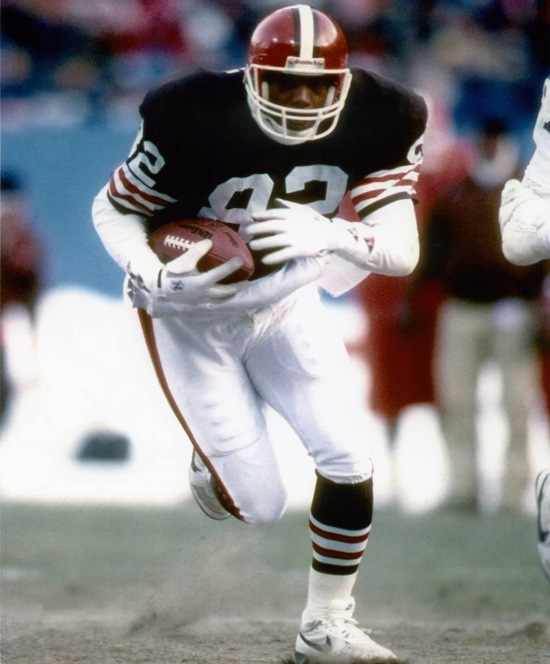 At the time of his retirement, many felt that Ozzie Newsome was one of the most prolific Tight Ends in football history, and some say he still is.

Taken in the First Round (23rd Overall) out of Alabama, Newsome brought his blocking and receiving skills to the Browns in 1978.  Known for his cerebral play, Newsome helped take the Browns to two AFC Championship Games, and he would have three 1,000-Yard seasons, which were excellent for a Tight End in the 1980s.  Newsome played his entire career with Cleveland, accumulating 7,980 Yards with 47 Touchdowns.

Newsome was elected into the Pro Football Hall of Fame in 1996, his first year of eligibility, and was part of the first class of the Browns Ring of Honor in 2010.  As an executive, he orchestrated teams that won two Super Bowls when the franchise relocated to Baltimore.