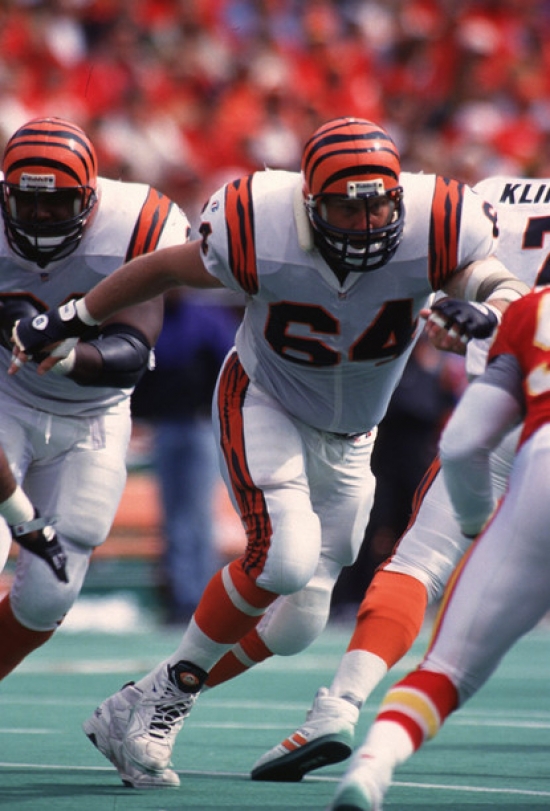 Kozerski was a Ninth Round Pick from Holy Cross in 1984, and he was a backup in his first two years.  In 1986, Kozerski was Cincy’s starting Left Guard, but was a backup again, bouncing from position to position on the O-Line in 1987.  Kozerski was moved to Center in 1988, where he was anointed as the starter and helped Boomer Esiason and company win the AFC Championship.  The Bengals didn’t win the Super Bowl, but Kozerski remained the starting Center for the Bengals for the next three seasons and was moved to Left Guard in 1992, only to go back to Center in 1993.

Kozerski went back to Right Tackle and Right Guard and left the game in 1995.