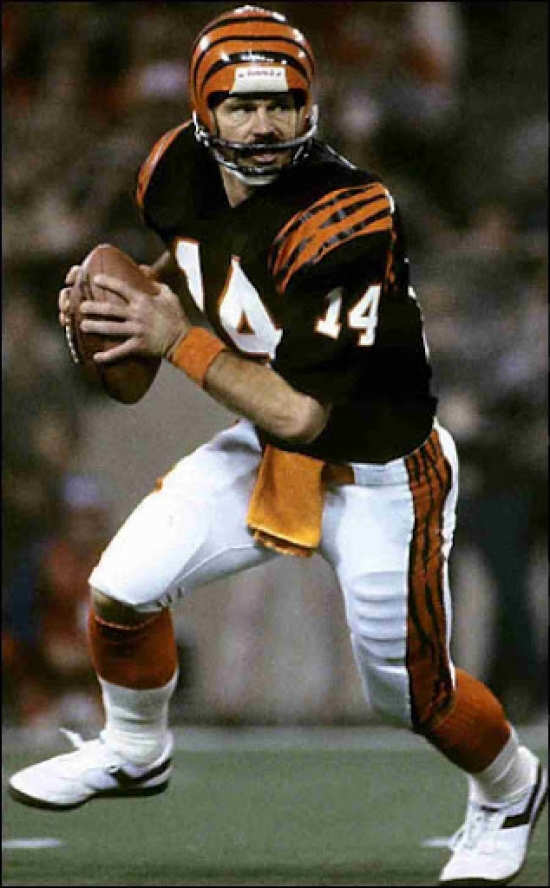 Playing his entire career with the Cincinnati Bengals, it is mostly acknowledged that the most productive Quarterback in franchise history is Ken Anderson, a player they stole in the Third Round in 1971.

While the Third Round has generated a slew of top-flight NFL players, a player, even a Quarterback from a small school like Augustana College, might be easy to pass on.  Anderson became the permanent starter for the Bengals in 1972, and under the guidance of Quarterbacks Coach, Bill Walsh, he climbed the ladder of respect.

In 1974, Anderson led the NFL in Passing Yards (2,667) and Passer Rating (95.7) and did so again in 1975 with 3,169 Passing Yards and a 93.9 Passer Rating.  This was the first of his two straight Pro Bowl years, and while the Bengals declined, it was no fault of Anderson who was still producing decent numbers.

The fortunes changed with a new offensive scheme, and in 1981, Anderson threw for career-highs in Yards (3,754), Touchdown Passes (29), and Passer Rating (98.4), and he won the AP MVP, Bert Bell Award and the AP Offensive Player of the Year.  More importantly, Anderson took the Bengals to their first Super Bowl appearance, but they would lose to the San Francisco 49ers.

Anderson led the NFL in Pass Completion Percentage in the next two seasons, but by 1984, his skills declined, and he retired after 1986. He left the game with 197 Touchdown Passes and 32,838 Passing Yards.

Anderson is considered by many pundits (us included) as the greatest Quarterback not to be enshrined in the Pro Football Hall of Fame.