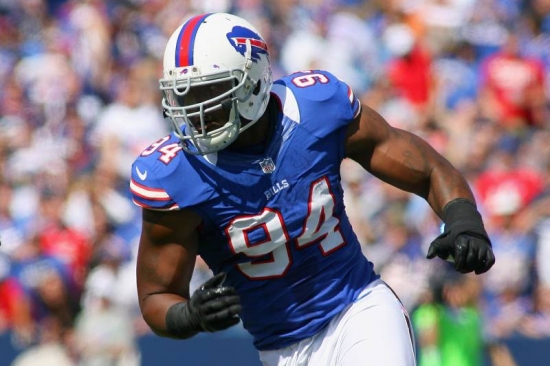 In 2002, Mario Williams was the first overall pick in the draft, and he played his first four seasons in football with the team that drafted him, the Houston Texans.  Williams played well there, but he arguably equalled his individual success as a Buffalo Bill.

Williams signed with the Bills as a Free Agent in 2012, and he had 10.5 Sacks in his first season in Western New York.  The Defensive End went to the Pro Bowl the next two seasons, earning Second Team and First Team All-Pro honors respectively.  The latter year (2014) was his best in the game, as he posted personal bests in Sacks (14.5), Tackles for Loss (19) and Approximate Value (18).

After one more year in Buffalo, Williams signed with the Miami Dolphins where he played one more season.  With the Bills, Williams had 43.0 Sacks and 52 Tackles for Loss.