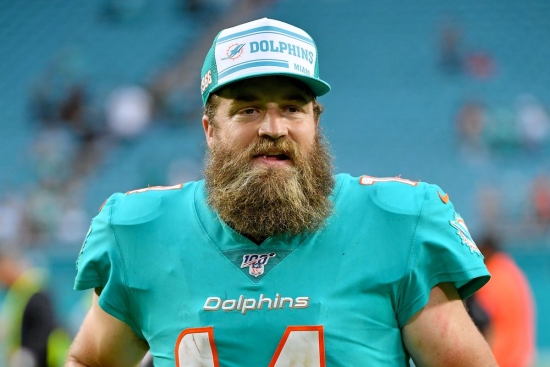 Do you believe in Fitzmagic?

One of the most intriguing careers of an NFL Quarterback belongs to Ryan Fitzpatrick, a QB that defied the odds time and time again, and was constantly written off, despite becoming a cult-like figure among fans

From Harvard, Fitzpatrick was a Seventh Round Pick in 2005 by the St. Louis Rams, but he did not see any significant action until he was with the Buffalo Bills, where he had three straight 3,000 Yard years.  He would also exceed that mark once with the Jets, and once with the Dolphins while throwing for 34,990 Yards in total.  Fitzpatrick also played for Cincinnati, Tennessee, Houston and Tampa and retired with 223 Touchdown Passes.

Should Ryan Fitzpatrick be in the Hall of Fame?