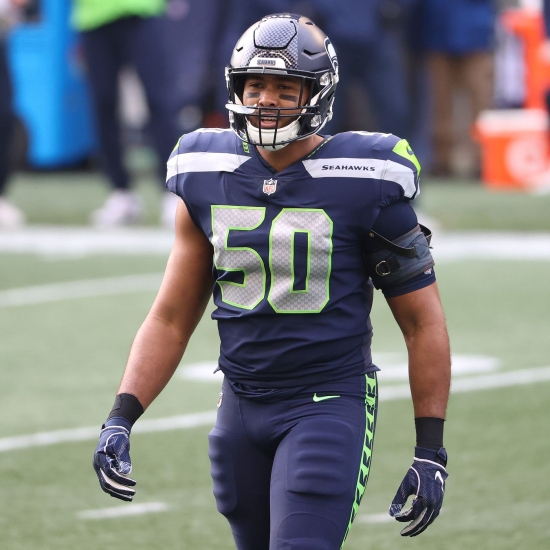 K.J. Wright had a good career at Mississippi State, which led him to be taken 99th Overall in the 2011 Draft by Seattle.

Wright was part of what became a powerful Seahawks defensive unit, that went to back-to-back Super Bowls, winning the first (XLVIII), a blowout win over Denver.  A Pro Bowl Selection once (2016), the strong side Linebacker had five seasons of 100-plus Tackles, including a four-year run from 2015 to 2018.  A Seahawk until 2021, Wright had one final campaign in the NFL with the Raiders before retiring with 13.5 Sacks and 992 Combined Tackles.

Should K.J. Wright be in the Hall of Fame?