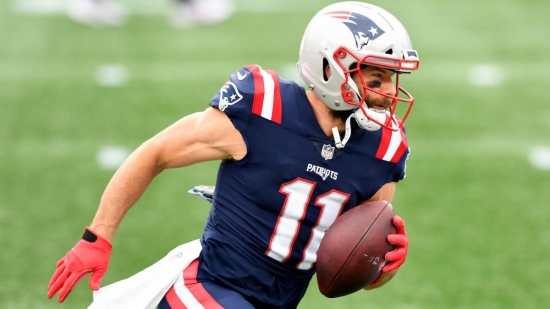 Julian Edelman’s story is a phenomenal one, as despite being a Quarterback at Kent State, Patriots Head Coach, Bill Belichik saw him as a possible receiver/returner, and as often was the case, he was right.  Edelman was never a Pro Bowl or All-Pro Selection, but he became a regular target of Tom Brady, and would have three 1,000-Yard campaigns, accumulating 6,822 Yards with 36 Touchdowns.  Combined with his Return and Rushing Yards, Edelman had a total of 9,869 All-Purpose Yards.

What makes Edelman a fringe Hall of Fame candidate is his post-season play.  Edelman won three Super Bowls (XLIX, LI and LIII), all of which, he was the leading receiver for his team.  In Super Bowl LIII, Edelman was the Super Bowl MVP, and had the catch of the game in their come-from-behind win over Atlanta in Super Bowl LI.  Edelman is second only to Jerry Rice in post-season Receptions with 118.

Should Julian Edelman be in the Hall of Fame?