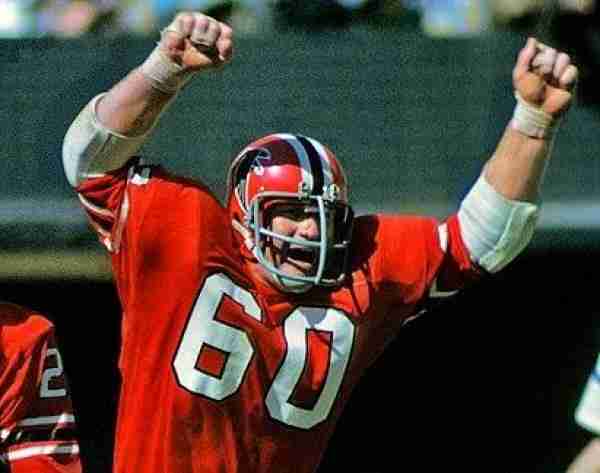 Tommy Nobis is justifiably placed in the Falcons Ring of Honor, but he was not as dominant in the Pro ranks as he was at college.  It is very likely that his post-career accolades will not ever leave the state of Georgia, though the Finalist slot at the 100th Centennial Class offers hope.

Should Tommy Nobis be in the Hall of Fame?

Should Tommy Nobis be in the Hall of Fame?

Mr. Barrett, Nobis and Bill Bergey are pretty much in the same boat, overshadowed by Hall of Famers Dick Butkus and Jack Lambert, respectively , with fewer Pro Bowl or All-Pro selections but with accolades aplenty. I tend to think that adding more former players and coaches to the Hall's selection committee would help the process so that deserving inductees don't have to wait for the Veteran's Committee to finally get enshrined, and the Hall doesn't enshrine seriously borderline cases like John Stallworth, Lynn Swann and Ron Yary.
Quote
0 #3 Sudds 2014-08-04 20:04
How can a player like Tommy Nobis be voted to an all decade team and not be in the HOF? One word Falcons...pu t him on the Cowboys or Steelers and he gets the respect for his performance. Cmon Falcons fans and real football fans Rise Up for Tommy!!
Quote
-3 #2 Todd 2012-11-04 20:36
When it comes to Falcons linebackers, Jessie Tuggle actually has a better HOF case than Nobis.
Quote
+3 #1 Dustin Barrett 2012-05-28 22:37
It is appalling that Nobis is not in the Hall! I have read quotes from Dan Reeves, Tom Jackson, and the great Butkis himself saying that Nobis was as fine as a linebacker there ever was! Need more? Plus he was the first Falcon, and his work at the Nobis Center is fantastic. Hands down he is what the Hall represents.
Quote
Refresh comments list
RSS feed for comments to this post