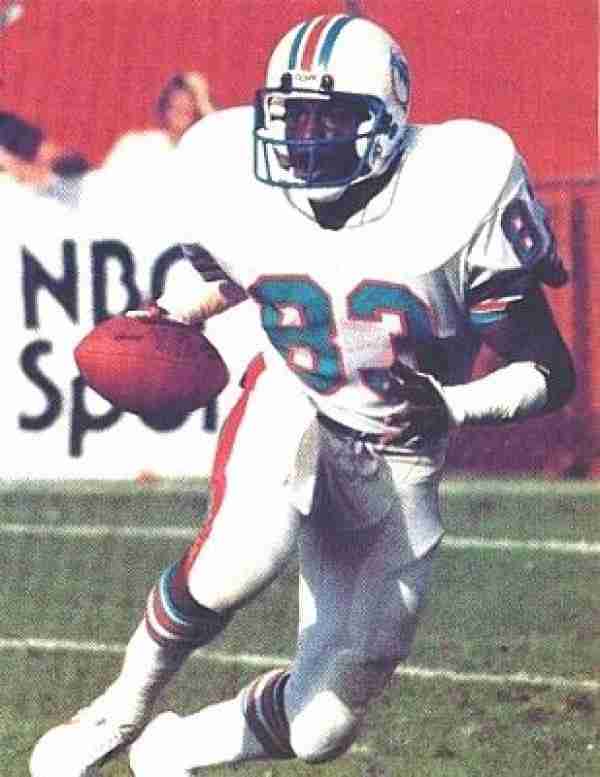 Dan Marino may have been one of the greatest Quarterbacks in National Football League History, but it sure helped that he had Mark Clayton lined up with to throw Touchdowns to.


Along with Mark Duper, Mark Clayton was one-half of the best wideout tandems of the ’80s.  Clayton set the single-season record (which has since been broken) for touchdown receptions with 18 in 1984 and throughout the ’80s, Dolphins fans knew that if a TD bomb was going towards the end zone there was a good chance that Mark Clayton was the target.  Clayton was a five-time Pro Bowl selection, but despite his greatness (and Mark Duper for that matter); much of the attention went to Dan Marino whose accuracy did make life a lot easier for both Clayton and Duper.

Regardless, Clayton was a clutch performer and perhaps deserved a little more personal accolades during his time in the NFL.

Should Mark Clayton be in the Hall of Fame?

Should Mark Clayton be in the Hall of Fame?

+2 #1 jerrya8988 -0001-11-30 00:00
Glad to see that Mark Clayton is FINALLY on the ballot in 2012 list. Claytons numbers make Lynn Swann and John Stallworths look like they shouldnt be there...Clay ton IS A HALL OF FAMER, PUT HIM IN!
Quote
Refresh comments list
RSS feed for comments to this post