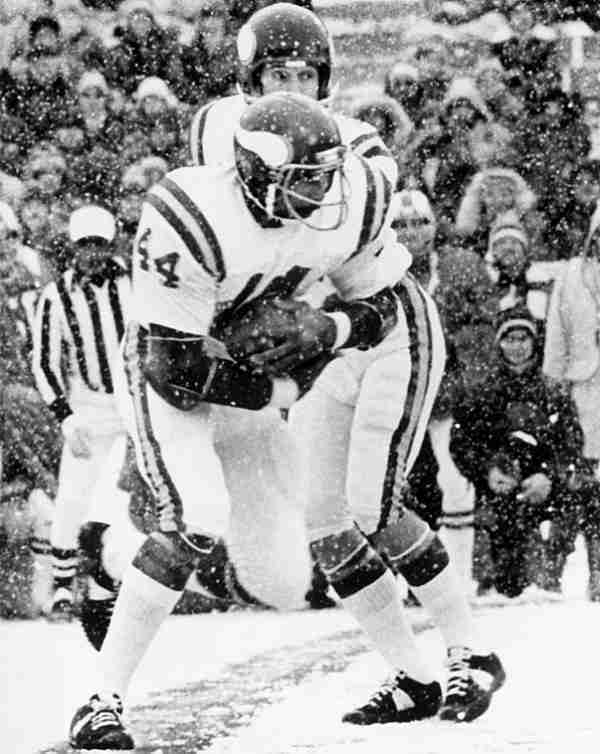 Chuck Foreman was called the “Spin Doctor”, but it was not due to his ability to spin his words.  It was due to the way that he could spin his body around would be tacklers.
When people think of the Minnesota Vikings of the 1970’s, they recall the Purple People Eaters and the scrambling of Fran Tarkenton.  They should also remember the offensive exploits of Chuck Foreman who twice led the National Football League in Touchdowns.  He may have been a Running Back, but he was used often for his receiving skills and actually was the league leader in that category in 1975.

The career numbers of Chuck Foreman may not seem like a lot now, but they were quite good for the era he played in.  He did make the Minnesota Viking Ring of Honor, but reaching the NFL version of that accolade may continue to prove difficult.

Should Chuck Foreman be in the Hall of Fame?

Should Chuck Foreman be in the Hall of Fame?