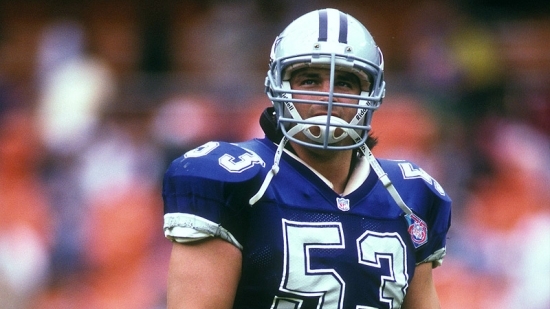 The Dallas Cowboys had ideas for Mark Stepnoski when they drafted him in the 3rd Round from the University of Pittsburgh.  Dallas converted him from Offensive Guard to Center, a position he had never played before; however, they did not rush him, easing him to the position learning from the incumbent, Tom Rafferty.

The Cowboys hunches proved to be right, and in 1992 he would be chosen for five straight Pro Bowls and would be in the middle of one of the best Offensive Lines in the 1990s.  Protecting Troy Aikman and carving holes for Emmitt Smith, Stepnoski would help the Cowboys win Super Bowl XXVII and XXVIII before signing with the Houston Oilers in 1995.  He returned to the Cowboys in 1999 and played there for three more seasons before retiring.

Should Mark Stepnoski be in the Hall of Fame?