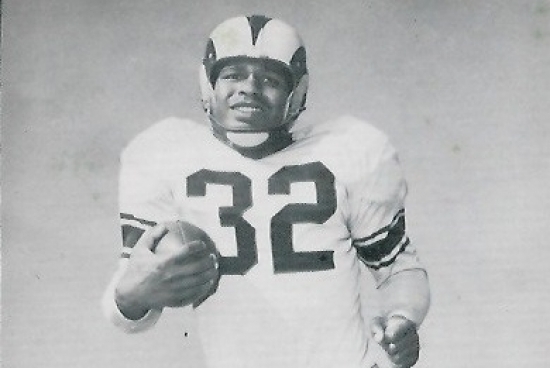 The respected website, Football Nation, referred to Dan Towler as the “greatest running back you don’t know”, and they may be on to something as despite winning an NFL Championship with the Los Angeles Rams in 1951 when he was their star rusher, he was overshadowed by more prominent names throughout his brief career in professional football.

Towler came to the Rams with no fanfare or even the remotest of expectations as a 25th Round Pick from Washington & Jefferson, so for him to also make the team had to be considered a win.  Towler saw limited action as a rookie, but in his second season, he was a large part of their offense, rushing for 854 Yards and going to the first of four straight Pro Bowls.  With Towler’s help, the Rams won the NFL Championship that year (1951), and in 1952, he would lead the league in Rushing Yards (894) and Rushing Touchdowns (10), earning First Team All-Pro honors.  The Fullback would again rush for over 800 Yards in 1953, and he led the NFL in Rushing Touchdowns for the second time in 1954.  His play rapidly declined due to injury, and he was retired after 1955, but there was no shadow of a doubt that he was an elite player for a few seasons in the early 50s.

Should Dan Towler be in the Hall of Fame?