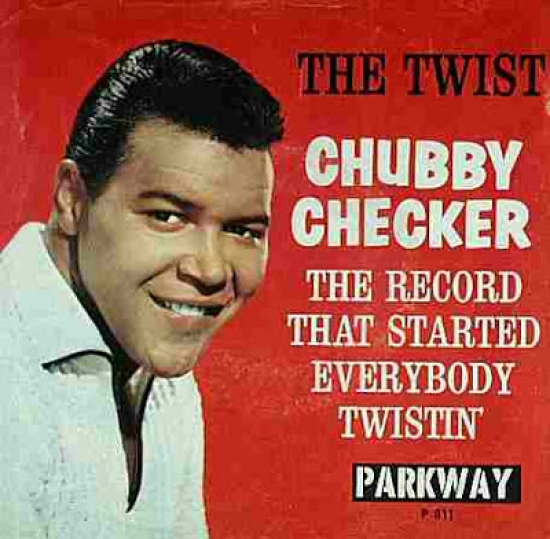 I know, we already did this song two years ago, but America was ready to twist again as this fad never really left, which was a great thing for Chubby Checker as dance songs seemed to be all he knew how to do, and for years I thought this was the only song he knew how to do.

It wasn’t that Checker didn’t have a lot of chart success, as he certainly did, but look at the songs he did that charted in between the Twist:

Here are the hit songs after the second time the Twist cracked the top:

See a pattern there?

As much as Checker had significant Billboard success if you ask anybody around the world to do a one-word association by first saying Chubby Checker, the answer will be “Twist”.  Growing up in the 80’s, if you saw Checker on television that is all you saw him do.  If he was on a talk show, the host would talk about that song, and he was likely to perform it.  When he guest starred as himself on a Quantum Leap episode, he peddled that song.  When he joined with the Fat Boys, it was that song that they did collaborate on.[1]  This isn’t even counting the constant re-releases, country version and probably opened and closed every county fair for twenty years with it.

Seriously, has anybody made more money playing just one song?

After this number one, Checker never hit the top again and with each passing year became more associated with it, and started to complain about it more and more.  He has been on record saying that his label would not let him perform other types of material, and let’s say for a moment that this is completely true.  With all due respect to him, there wasn’t anybody in America who wanted him to be anything other than the jovial and portly dance caller.

Could he have been a great R&B singer?  Frankly, I don’t think so, as his voice wasn’t made for tales of love, seduction and heartbreak, and sorry neither was his look or style.  Checker, has also been on record about how he belongs in the Rock and Roll Hall of Fame[2], and that he has not received his due place in Rock and Roll History.

I remember one of my uncles telling me about going to Hawaii where he saw Don Ho in concert.[3]  Ho showed up on stage, went through his set completely drunk and when it came time to sing his signature song, “Tiny Bubbles” he unleashed a slurring tirade about he didn’t want to sing that “fucking song.”  Somehow I imagine Chubby doing the same thing.

I shouldn’t rag on Checker so much.  I have no earthly idea what he really thinks of his back catalogue and how he feels about his concert set list.  I will finish the discussion on this man by saying that what he did as the premier dance music king in the early 1960’s could not have been done better by anyone else, and if that is the most basic thing that you can say about him, it was one hell of a career.

[1] Whenever I talk about the golden days of Hip-Hop in the late 80’s and how much better it was than what is showcased today, I can be shut up by the response of “What about The Fat Boys?”  I still can’t believe there was a feature film starring those no-talents.

[3] At least I think it was my uncle who told me this.  I remember the story, but not the storyteller.  I do know for certain that this same relative also saw Charo in concert there and came back with a great picture of him with a gigantic smile staring at her even more gigantic boobs.  “Coochie Coochie!”

More in this category: « The Lion Sleeps Tonight The Peppermint Twist »