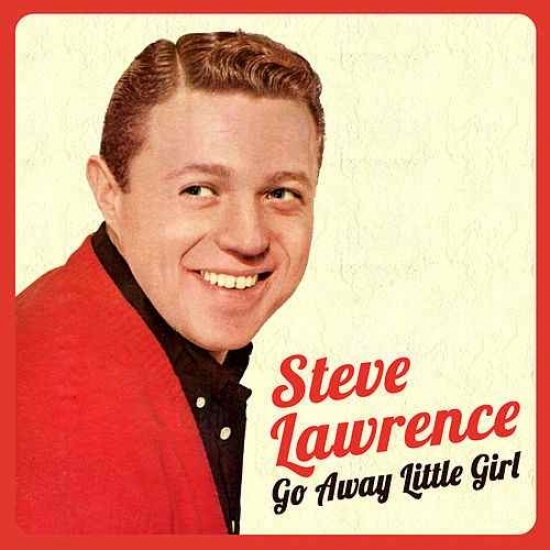 “Five Thousand Dollars?  Who do you guys think you are, the Beatles?”

For me Steve Lawrence will always be Maury Sline, their former booking agent who the Blues Brothers negotiated with to get a gig at the Palace Hotel Ballroom north of Chicago so that they could make the five thousand needed to save the catholic orphanage they grew up in.  Actually, in my mind I need him to be that as any other time I think of him all I envision is a schmaltzy lounge singer.

This is not a fair projection, but it was my first one.  Beyond the Blues Brothers appearance, I only remember him directly from his talk show appearances with his wife, Eydie Gorme and all I could think about is how he put with someone so annoying and how these two were famous in the first place.  Call it a generation gap, I suppose, but he (and Eydie) were automatic channel turners for me (with the exception of the Blues Brothers film) and until I took on the challenge of this anthology, I would have never really understood how successful Steve Lawrence was.

Lawrence (born Sidney Liebowitz) was an Arthur Godfrey Talent Scout winner in 1951 and would secure a record deal soon after and entered the charts the year after.  His career would hit a stall when he was drafted into the Army, but came back with four top ten hits, all in that crooning Sinatra style, which many had pegged him to be the heir apparent of.[i]  With “Go Away Little Girl”, Lawrence would grab his first and only number one hit of his career on the Hot 100, but it would be another hit written by the Carole King and Gerry Goffin team.

The song was a simple plea by an attached young man telling a young lady not to make any more advances to him as he is attached and does not wish to betray his girlfriend.  Lawrence, who was then 28, may have been a little too old for this song (it made more sense when Donny Osmond covered it to the top a decade later) but it wasn’t in creepy mode, and Lawrence was able to pull it off, though once he got older, the image of middle aged Steve Lawrence singing anything with the words “little girl” just wasn’t appropriate.[ii]

Lawrence would never have type of success on Billboard again, and though he was one of the instantly irrelevant acts that hit once the Beatles arrived, he was already primed for another stage of his career as his adult contemporary sound and look brought him to Broadway, and night clubs, and though his star was fading, he never had problems getting work.

Now how much was Sline’s cut from that sold-out performance north of Chicago?

[i] When John Landis wrote this (along with Dan Aykroyd), they had to have Sinatra in mind for the role of Maury Sline right?

[ii] What might be the creepiest song?  In my opinion, it Is “Christine Sixteen” by Kiss, where Gene Simmons sings about how he had to have her when he saw her “come out of school one day” and how she had “been around but is young and clean.”  Is it really a stretch to imagine Gene doing that complete with platform boots and face paint?

More in this category: « Telstar Walk Right In »