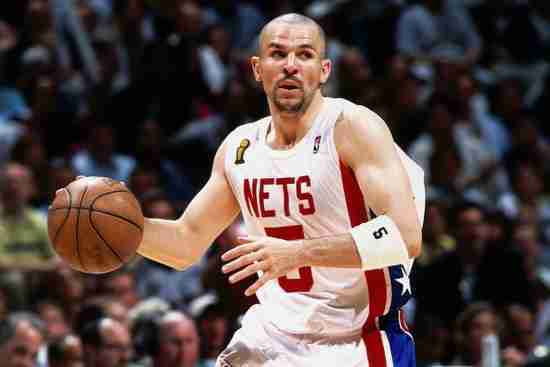 Prior to the NCAA Final Four, this Sunday the Naismith Basketball Hall of Fame will be announcing the Class of 2018.

With the mandatory waiting period reduced to three from five years a loaded ballot emerged with promises to see a very talented group of inductees, four of which could be first ballot entries. The anticipation certainly makes us want to speculate as to just who will be chosen this Sunday, which we most certainly do because that is what Notinhalloffame.com was built for.

Of the thirteen Finalists, six of which are former NBA stars all of which have a case for enshrinement, with two Point Guards that according to MyTopSportsBooks.com consider a lock.

Steve Nash is a former two time NBA MVP, worth mentioning as there has never been a MVP who did not receive the call from Springfield. With eight All Star appearances, eight post season All-NBA selections and five assists titles the Canadian likely has his Hall of Fame speech ready.

Amazingly, fellow Point Guard Jason Kidd who has never been named a league MVP actually brings forth a better resume than Nash. Kidd is also a five time Assists leader but went to more All Star Games (10) was an All-Defensive member four times and is a former NBA Champion with the Dallas Mavericks (2011). They are both going to get in this year with the only question being who will be named the headliner.

Ray Allen is being pegged by many as a sure thing, although we aren’t so sure. With Allen being a ten time All Star and two time NBA Champion, he will leapfrog Chris Webber who while has a stronger case as a more dominant NBA player suffers from his University of Michigan career being declared vacated following the scandal where he accepted money from a booster. Essentially, his Naismith College Player of the Year Award does not exist to the voters. Coincidentally, his college rival, Grant Hill from Duke makes his first appearance as a Finalist. If anyone can upset the Allen applecart it is Hill whom despite serious injuries carved out a 20 year NBA career. It will be interesting to see if both can get in.

Maurice Cheeks is definitely on the outside looking in for this class.

In terms of the rest of the Finalists we think former four time WNBA and nine time WNBA All-Star Tina Thompson should be getting in as will referee Hugh Evans and coach Kim Mulkey.

Unlikely to get in this year are Rudy Tomjanovich, Katie Smith, Charles “Lefty” Drissell and the Wayland Baptist University team.