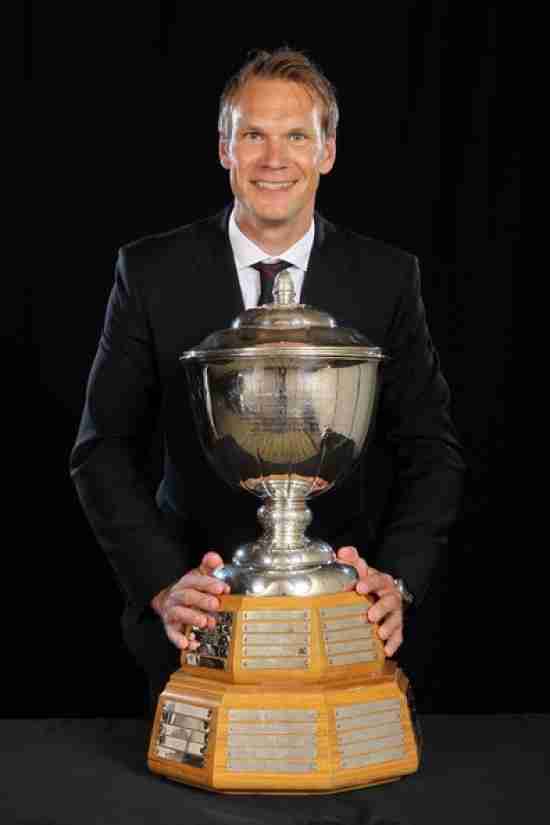 
Needless to say, different awards in different sports yield hall of fame potential.  In basketball, the team sport with the least amount of players on a roster, the dividend for greatness much higher.  In baseball, it is not as much as a great individual season does not have the same impact.

In our first section, we looked at the NBA MVP, which yielded a 100 percent (to date) success for Naismith Basketball Hall of Fame entry.

Now we are switching to the ice, where we take on the National Hockey League, and the Norris Trophy, which is awarded annually to the leagues’ top defenceman.

The following are the past NHL players who have won the Norris Trophy who are eligible for the Hockey Hall of Fame.

Thus far we only have those two, who are ranked #25 and #74 officially on our Notinhalloffame.com list.  Wilson, who has the higher rank would in theory have a better chance of entrance, however Carlyle currently has a Head Coaching record of .563 over 704 Games and has a Stanley Cup win with the Anaheim Ducks.  Should Carlyle land another coaching job and have a good run with that team, he could possibly put together a coaching resume that might elevate him to Hall of Fame status (even though technically he would be inducted as a builder).

So what are our new percentages?

As this is a work in progress, we will add a third column.

The first will be the award in question.

The second will be the percentage based on the amount of players who have won the respective trophy.

The third will allow for multiple winners, thus the percentage will be based on the complete duration of the award in question.

At present there are no winners of the Norris Trophy who have retired and have not yet reached Hall of Fame eligibility.

The current group of active Norris Trophy winners looks to be well on a journey towards enshrinement in Toronto.

Zdeno Chara (2009) is already a three time First Team All Star, a Stanley Cup Champion with Boston and a leader on his team.  The 38 year old Slovakian is a lock in my opinion.

Duncan Keith (2010 & 2014) has already won the Norris twice.  No blueliner who has won the Norris twice failed to get into the Hockey Hall of Fame.  Throw in the fact that he is already a three time Stanley Cup Champion with the Chicago Blackhawks, a Conn Smythe Winner, and a two time First Team All Star, he is a lock now.  At only 32, he still has some statistical accumulation ahead of him, and did we also mention that he is a two time Gold Medal winner with Canada?  That matters with the Hall!

Erik Karlsson (2012 & 2015) who is also a Norris Trophy winner twice.  The Ottawa Senator may only be 25, but barring a severe career ending injury this should be a bona fide Hall of Famer.

P.K. Subban (2013) At age 26, Subban has also been a First Team All Star twice and was a member of Canada’s Gold Medalist Hockey Team in 2014.  In the prime of his career, Subban has a lot more trophies left in him to put on his mantle.

With those four aforementioned players, I would say it is safe to say that this high percentage will get higher, as it should.  Anyone who is named the best defender in a team sport should be in a Hall of Fame discussion!

So what’s up next?

We will switch to a different sport, specifically Baseball and we will ask this question; does a great rookie year equate to long term greatness as we specifically look at the Rookie of the Year.