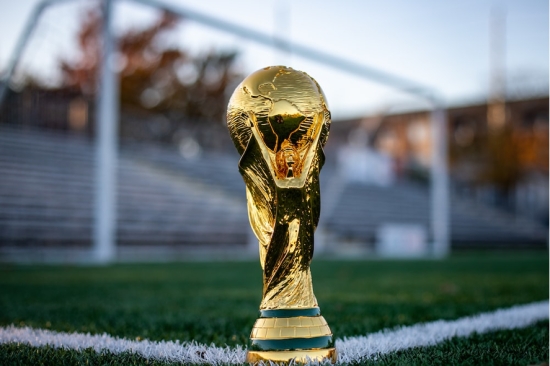 Well, the tentpole quadrennial tournament for international soccer is finally upon us. After all the hype and eager anticipation, waiting for national team head coaches to name their squad, we now know the players who will participate at the 2022 FIFA World Cup in Qatar. Many of them are familiar faces, iconic superstars who need little introduction, although the majority are names we have never heard mentioned before.

Nevertheless, this event can quickly propel even the most obscure names to sudden stardom, making them household names in the blink of an eye. This is part of what makes the tournament so fascinating, especially for those of us wagering on the outcome of games, searching out online sports betting for World Cup 2022 this year. Thankfully, there are guides covering every angle, including the safest options available, plus where to locate great promotions.

But what about the unsung heroes? You know, the players who enjoyed spectacular moments at previous World Cup tournaments, only for the years to pass by and consign them to distant memory. Let’s delve through the history books and the annals of World Cup achievement, so we can rediscover these bygone soccer players, restoring then to their deserved place in the limelight once again.

Some people say it was the most boring tournament ever, while others fondly recall the 1990 World Cup in Italy with cherished memories. For those of us old enough to remember, there is one particular player who lit up the event, thanks to his beaming smile and enthusiastic goal celebrations. Roger Milla was 38 and had come out of retirement, enjoying every single minute on the pitch like it was a blessing.

Milla was truly inspirational for Cameroon, as they produced a string of stunning and completely unexpected results, which included beating reigning 1986 champions Argentina in the opening match of the tournament. He didn’t score in that game, but he bagged 2 goals in the next match against Romania, putting them into the knockout phase. Then came another brace of goals against Colombia, as Cameroon remarkably progressed even further.

Eventually it was England who halted the unexpected run of Cameroon, although only after extra time and some fortunate refereeing decisions. As for Milla, he became an icon with every goal, trotting off towards the corner flag, where he would celebrate with his own unique little dance and that beaming smile, absolutely loving every moment. What’s more, he came back to do it all again in 1994 at the ripe old age of 42. What a guy!

Having missed two events due to the Second World War, the 1950 World Cup in Brazil was the first of the post-war era, when the global football fraternity was keen to stage the big show once again. This tournament was notable for many reasons, including the fact that England was participating for the very first time, having previously regarded their own ‘Home Nations’ tournament as being more important.

As one might imagine, given that England was (and still is in some circles) regarded as the home of soccer, they had something of a stiff upper lip attitude. In fairness, their side featured some of the most famous footballers of the period, many of whom were knighted for their service to the sport. But whatever their titles and previous achievements, they were not impervious to defeat.

Joe Gaetjens made sure of that, scoring the only goal when the United States famously beat England, the miracle on grass that many people still regard as the biggest upset in World Cup history. Not bad for a chap who hailed from Haiti and studied accounting at Columbia University, playing soccer for Brookhatten while there, before being invited to represent the USMNT. He made just 3 appearances, yet one of them should live forever in soccer folklore.

Appearing at the 2022 FIFA World Cup there will be 32 national teams, each of whom named 26 players in their squad, aside from Iran who for some reason chose just 25 in their selection. This means there will be 831 players in total, with any one of them capable of gifting us truly unforgettable moments, even making themselves cult heroes in the process. Maybe in decades to come, we will fondly recall what they contributed.

More in this category: « Tips for Anyone Starting Boxing Your First NFL Season as a Fresh Fan »