10 NFL Hall Of Fame Coaches Of All Time 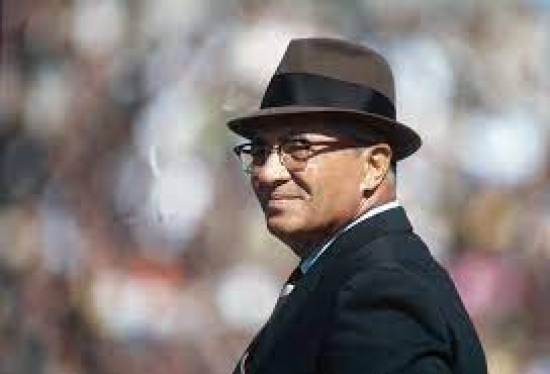 American football is a globally adored sport that is constantly bet on. You only have to look at NFL betting odds to verify this.

The Pro Football Hall of Fame is an elite club that only permits coaches and players who have best contributed to the game. There are many top-billed names to familiarize yourself with. Fortunately, we’ve narrowed down the most renowned coaches in NFL history on your behalf.

Lombardi was a legendary five-time NFL champion best known for his incredible head coaching career as offensive coordinator for the New York Giants and head coach for the Washington Redskins (1969-1970) and the Green Day Packers between 1959 and 1967.

The Super Bowl “Vince Lombardi Trophy” is named in his honor. Lombardi was also a Hall of Fame inductee in 1971.

Football would not be the same without “Papa Bear”. Halas was one of the co-founders of the NFL and was one of 17 initial inductees into the Pro Football Hall of Fame in 1963.

He also coached the Chicago Bears (originally the “Chicago Staleys”) from their debut in 1920 up until he died in 1983, helping them achieve 324 wins, two undefeated regular seasons, and six NFL titles.

Belichick rose to fame as the defensive coordinator of the New York Giants and as the Cleveland Browns’ head coach. However, it was his 2000 move to become the New England Patriots head coach that marked the golden age of his career.

He achieved an overall 105-40 record and managed to lead the Patriots to their first Super Bowl victory – with many others following soon after.

Bill Walsh began his career coaching high school football but quickly climbed the ranks and made it to the NFL. Walsh was originally the San Diego Chargers’ quarterbacks’ coach, then moved to Stanford for two years, before taking over as San Francisco 49ers head coach in 1979.

Walsh took the 49ers to new heights throughout his time with the team, helping them to reach 102 wins, three NFC titles, and three Super Bowl championships. In 1993, he was inducted into the Hall of Fame thanks to his incredible service to the world of football.

Don Shula was an NFL coach for over three decades. He coached the Baltimore Colts but is most well-known for his role as Miami Dolphins head coach. Shula famously led the Dolphins to the single most perfect season in the history of the NFL, culminating in a victory at the 1972 Super Bowl.

Shula was admitted into the Pro Football Hall of Fame in 1997. This isn’t surprising considering his incredible career achievements including six ties, 328 wins, and 173 losses.

Paul Brown coached the team at Ohio State University before he secured a role coaching Cleveland’s professional team, the Browns. He was inducted into the Hall of Fame in 1967.

Thanks to his coaching success in the All-American Football Conference, Paul Brown led his team to the NFL. The Browns were named after Brown himself and he went on to lead them to an amazing championship victory in their first season.

Joe Gibbs served as a college and professional football assistant for 15 seasons before scoring his first job as head coach with the 1981 Washington Redskins.

He is the only head coach to have won three Super Bowls with different quarterbacks. Essentially, no coach in the Super Bowl era of the NFL has achieved more with less. The 1996 Pro Football Hall of Fame inductee deserves more recognition than he gets.

Landry was the founding head coach of the Dallas Cowboys during their first NFL season in 1960. During his 29-season tenure, he made the team into an NFL powerhouse, achieving 20 consecutive winning seasons and two Super Bowl victories.

Behind George Halas and Don Shula, Landry is one of the most decorated head coaches in NFL history. He was elected to the Hall of Fame in 1990.

Inducted in 1993, Chuck Noll is regarded as one of the NFL’s greatest Hall of Fame coaches of all time. In the 1970s, Noll presided over the corpse of a franchise that was the Pittsburgh Steelers, and turned it into something with unmatched success.

Achieving four Super Bowl wins in six seasons, Noll restored pride to the team and also fathered what is now known as the Steelers Nation.

Parcells, or “the Big Tuna,” won two Super Bowls and made the NFL playoffs with multiple different teams throughout his 30-year career as a coach. This includes the New York Giants, New England Patriots, New York Jets, and the Dallas Cowboys.

He finished his career as vice president of operations for the Miami Dolphins. Parcells was enshrined in the Pro Football Hall of Fame in 2013 once his coaching career ended.

These are the top NFL Hall of Fame coaches of all time. There will likely be many more names added to this list as time goes on but the legacy these men have left in the sporting world is indisputable.

More in this category: « 1xBet is tour affiliate partner for everyone NFL Futures: Super Bowl 57 Odds For 2023 »