The Top 5 Favorites to Dominate the NBA 2022 Championship 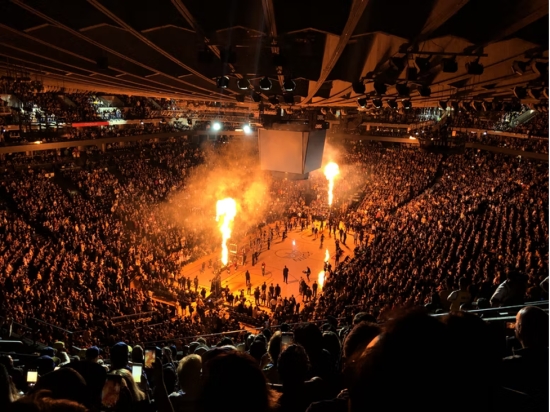 As things get heated up on the NBA 2021-22 season, and the championship is only a few months away, you should constantly update yourself with the changing odds. It should be done, especially if you will bet in the 2022 NBA championship finals.

You might want to check out these top five favorite team that is projected to win the NBA 2022 championship and see who amongst them you will wager on for the finals.

The second team on the top of the list is the Phoenix Suns. The Suns and the Warriors were considered second-tier competitors when this season started. Like the Golden State Warriors, the Phoenix Suns also entered the All-star break as an early favorite to win the NBA title.

Overall, the Phoenix Suns have a 25.3% chance to win the finals this season. They have surpassed the Golden State Warriors, who come in second and only have a 16.6% chance of winning this season.

Therefore, the Phoenix Suns have a 1/4th probability of winning the finals. The Suns are desperate to win this season's title, making them stronger to outdo other top contenders of the NBA.

When you check the latest odds, you can notice that four teams are tied for the same odds, one of which is the Golden State Warriors. They are amongst the team to beat in the perspective of the oddsmaker. It is why you should also watch out for them throughout the remaining games in this NBA season.

However, you will have to remember that the odds will still change. That is why you must constantly check the NBA live odds to be updated with the happenings in NBA betting. The Golden State Warriors was an early favorite when the 2021-22 season started, and they have always been one of the favorite teams to win the title in almost every season.

The team has been named the best team in the NBA because of their star player Stephen Curry who has been showing great power in his performance during this season and the previous ones. Therefore, it is no surprise that they are still one of the favorite teams for this season.

The third team that tied on the +450 odds is the Brooklyn Nets. Despite being at the eighth position in the East, the Nets still managed to land as one of the top three favorite teams to win the NBA title this year.

However, many believe that betting on the Brooklyn Nets, you're not getting much for your bet at +450 given the other options at hand.

But it isn't easy to look at the NBA landscape and assume the Nets won't get close to the Finals this season, especially if their stars play well in the playoffs. You have to consider that the Nets have acquired players Andre Drummond and Seth Curry from the Philadelphia 76ers.

Since the game isn't over yet, you should never lose hope for the Brooklyn Nets. Follow their games and note their performance in every round.

The fourth-best odds this season of the NBA is the Milwaukee Bucks. Even though they are the defending champion, they ended up in the fourth position in the sportsbooks with the odds of +650.

Every team this season has instinctually brought out their best game when facing the Milwaukee Bucks with the anticipation of dethroning the champions. It is why. It's not surprising that they haven't been as dominant this season as the last.

Yet, they are still on top of the Eastern Conference playoff race and made it to our top four best odds overall.

The Bucks have been working too hard in the second half of this season. They have been in a three-team brawl with the Bulls and Cavs for the Central Division during the second have. Milwaukee will have difficulty defending their title, but they are only a few games before they can reach the finals.

Last but not least, the fifth on our list is the Philadelphia 76ers with an odds of +650. The 76ers have shown excellent performance with the New York Knicks last March 3, 2022.

The Eastern Conference showdown occurred at the Wells Fargo Center and concluded with a score of 123-108 on the scoreboard in favor of the Philadephia 76ers.

The 76ers chance of winning this season's NBA title increased when they agreed on a mega-deal with the Nets where Philadelphia acquired James Harden. Harden is one of the NBA's most productive scorers and is also known to be the best shooting guard in the association.

Choose the Best Team for You

Despite the odds in this list, you should also note that each team is a heavy favorite of different sportsbooks. One team might be the number one favorite on one sportsbook but not on the other. So, it is best that aside from considering who got the best odds, you should wager for the team that you think is best and follow your intuition.

More in this category: « South African Legend Shaun Pollock Among Three Newly Inducted Members of the ICC Hall of Fame How to Get into American Football as a New Fan »