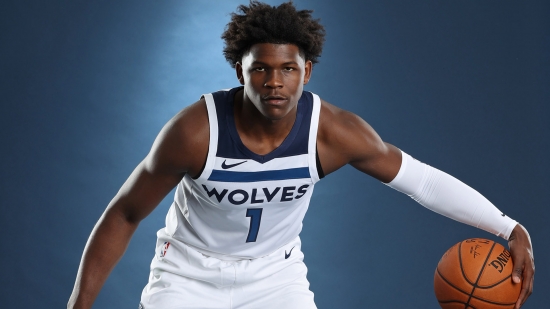 Days after we announced Nikola Jokic as the winner of the first ever NIHOF Cup, we are pleased to announce our official regular season awards for the 2020-21 NBA Season.

There are five awards, the MVP, Defensive Player of the Year, Sixth Man of the Year, Rookie of the Year, and Sophomore of the Year.  We will not award a Coach of the Year until the playoffs are over.  These awards ONLY reflect the regular season.

Jokic did everything for the Nuggets, finishing in the top ten in Points, Rebounds and Assists, and was the league-leader in PER.  The Joker played all 72 Games this year, and his defense showed significant improvement this season.  Missed games by Joel Embiid, LeBron James and Giannis Antetokounmpo gave Jokic an edge, as we were focused on the 72 Games in question, and not what might have occurred. Also considered were Steph Curry and Luca Doncic

For the second straight season, Gobert averaged 10.1 Defensive Rebounds, with his blocking numbers rising from 2.0 to 2.7 per Game.  Gobert led the NBA in Defensive Win Shares (5.2), and is the best all-around player on a Utah Jazz squad that was among the best this season.  Our runner-up was Clint Capela, who for years has been underrepresented in terms of press, won his first Blocks Title.

LeMelo Ball of the Charlotte Hornets looked to be the runaway winner at the first half of the season, but Ball got injured and missed over 20 Games, and Edwards became a more prominent part of the T-Wolves offense, and had there been a full 82-game season, he would have likely cracked the 20 PPG threshold (he finished at 19.6). Edwards also won the Rookie of the Month Award in March and April.  Frankly, we think Ball has a better future, but the better overall rookie season belongs to Edwards.

We opted against doing the most Improved Player in lieu of this award, the Sophomore of the Year. An NBA player’s second season is vital to their success, and many top rookies struggle in year two, a.k.a., the sophomore jinx.  The first award goes to Zion Williamson of the Pelicans, and nobody was even close to touching him.  The big man averaged 27.0 Points per Game with a PER of 27.1 to match.

The Jazz has two award recipients this year, as Clarkson wins our first Sixth Man Award.  Clarkson came off of the bench in all but one of his 68 Games, and he had career-highs in Points per Game (18.4) and Rebounds (4.0). Montrezl Harrell of the Los Angeles Lakers was also considered.

Thanks for reading, and to all the winning players, please visit the home office in Barbados to pick up your trophy!

More in this category: « David Beckham and Steven Gerrard added to the Premier League HOF Our All-Time Top 50 Jacksonville Jaguars have been updated »