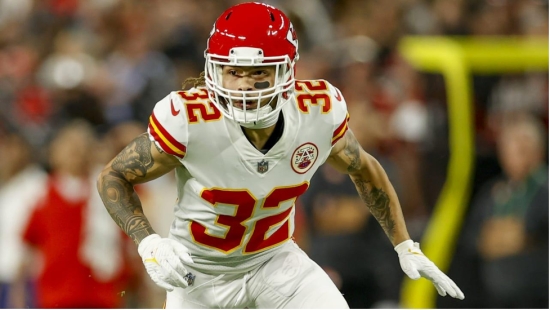 Daboll may be replacing Joe Judge, but the Giants are planning to keep one of their valuable assistants for the new head coach.

Per NFL Network’s Ian Rapoport, the Giants will retain defensive coordinator Patrick Graham if he doesn’t get hired for a head coaching position elsewhere. Graham is a candidate for the Minnesota Vikings’ head coach job, Rapoport noted.

But if the Vikings go in another direction, Daboll and company won’t have to worry about filling Graham's position.

The Giants fielded the NFL’s 12th ranked defense as well as the ninth-best scoring defense in 2020. The defense regressed considerably this year, ranking just 23rd in scoring. Still, Graham has done excellent work with very limited talent on the defense side of the ball, and it’s no surprise that New York is planning to keep the 43-year-old.

Andy Reid: “Nobody Looking At Pat Mahomes Cross-Eyed From Our Side”

While the Cincinnati Bengals and Los Angeles Rams prepare for their Super Bowl LVI meeting, the Kansas City Chiefs are trying to comprehend what went wrong on Sunday afternoon.

A sluggish second half from Patrick Mahomes and the Kansas City offense saw the Chiefs fail to clinch a third consecutive Super Bowl berth.

Mahomes had two costly picks and coughed up the football in the waning seconds of the fourth quarter, but offensive lineman Joe Thuney managed to recover the ball before Cincy could clinch the game.

Following the Chiefs’ heartbreaking loss, head coach Andy Reid refused to critique his franchise quarterback. Reid made it clear that the coaching staff still has full faith in Mahomes.

“I think he was one half away from going to his third Super Bowl in a row, and that's pretty impressive," Reid said on Monday, per NFL.com’s Nick Shook. "You've been around this a long time as a lot of us have, and that's pretty impressive. Most of these teams that are getting this far have good quarterbacks, that's just how it works. We're fortunate to have him. There's nobody looking at Pat Mahomes cross-eyed from our side and I would anticipate our fans feel the same way.”

Two seasons ago, Mahomes led the Chiefs to a Super Bowl LIV victory over the San Francisco 49ers. Their bid at a repeat was thwarted by Tom Brady and the Tampa Bay Buccaneers, who cruised to a 31-9 victory inside their home venue of Raymond James Stadium.

This Kansas City team may have tasted championship glory not too long ago, but it’s hard not to think that they’ve already underachieved under Mahomes. Four straight AFC Championship Game appearances at home, and they only have the one Lombardi Trophy to show for it.

The Chiefs led the Bengals 21-3 late in the second quarter, and the lead was cut to 11 before halftime. Through the first two quarters, KC was firing on all cylinders, and the Bengals’ high-powered offense couldn’t get much of anything going.

But Cincy flipped the script entirely in the second half. They held Kansas City to just three points over the final two quarters and overtime. Burrow, Joe Mixon and Ja’Marr Chase went into a new gear and led Cincy to 14 unanswered second half points. It took a last-second Harrison Butker field goal for Kansas City to force OT.

Mahomes’ final opportunity to play hero in overtime was ripped away by Vonn Bell, who picked off a deep pass intended for Tyreek Hill. That set up Cincy with a short field, and Evan McPherson’s 31-yarder sent KC to the Super Bowl.

The 38-year-old Stenavich replaces Nathaniel Hackett, whom the Denver Broncos hired as their new head coach last week. Stenavich was solely the offensive line coach in 2019 and 2020 before having the running game coordinator position added to his duties in 2021.

Before Matt LaFleur hired Stenavich to his staff in 2019, the latter served as an assistant offensive line coach for the San Francisco 49ers under Kyle Shanahan from 2017 to 2018.

The future of likely 2021 MVP Aaron Rodgers has been a major talking point since last year’s draft. Rodgers hasn’t announced yet if he’ll continue playing football in 2022, and if he’ll return to the Packers following a dramatic offseason that saw him look for a trade.

If Rodgers decides to stay, it will certainly make Stenavich’s job that much easier.