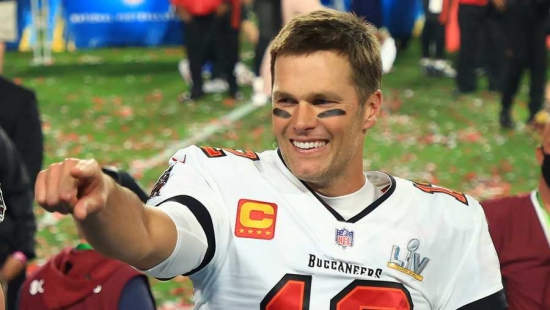 The world of sport is forever surprising and entertaining its fans with twists and turns. After all, it is these unpredictable moments that add something special to respective sports. If every match up was written in stone before the beginning of the competition, there is a good chance that sport wouldn’t have any fans. Luckily enough this isn’t the case and fans are always treated to great moments and stories in the world of sport.

When it comes to the year 2021, a lot has happened. The world stopped for the vast majority of 2020. There were no crowds in stadiums, leagues and competitions were postponed, the future of some sports was uncertain, it was a dark time. You can ask nearly any sports fan in the world what the worst part of the lockdown was and there is a good chance they will mention a lack of sport or being able to attend live events. However, 2021 saw the return of all the sports. The Olympics, Euros, and Super Bowl all got to go ahead this year, which gave fans a massive boost. But when looking back on the year, what were the stand out moments of the year? Here are just some of the best sporting moments of 2021.

Verstappen and Lewis Go to the Final Lap

Formula 1 has taken off massively in terms of popularity. Although it has always been a widely appreciated sport, plenty of fresh eyes has been on the sport for the past season. This is largely down to the quality and excitement of the 2021 season. All the way through the season, various drivers gave great performances. However, when it came down to the last day, there were two men that everybody was talking about. Both Lewis Hamilton and Max Verstappen went through the whole season neck and neck. When it came down to the last race in Abu Dhabi, both men had an equal share of the points. It seemingly looked over for the Dutch man to claim his first world title until a crash and safety car incident allowed him to gain on Hamilton. After an entire season of being neck-and-neck, the championship would come down to the final lap. A bold move from Verstappen’s team would end up being the decisive factor as his soft tires saw him through to become champion.

This was one of the most exciting F1 season to date, and with it over, you might struggle to find something to entertain you. If you’re looking for high-ocatain action and excitement, then it might be worth trying an online casino until the new season rolls around.

The Super Bowl is one of the most anticipated sporting events of the year. This is largely down to the occasion, as well as the quality of players who take the field. However, a phenomenal Buccaneers performance blew the Kansas City Chiefs out of the water. Thanks to some help from legend Tom Brady of course, who picked up his seventh Super Bowl.

Milwaukee Bucks had only one NBA championship to their name before 2021. However, a great 4-2 over the Phoenix Suns would see them claim their first title in 50 years. Their comeback was truly amazing, becoming the first team to win after losing the opening two games.

More in this category: « NFL Profiles: Chicago Bears How to Successfully Bet On Football »