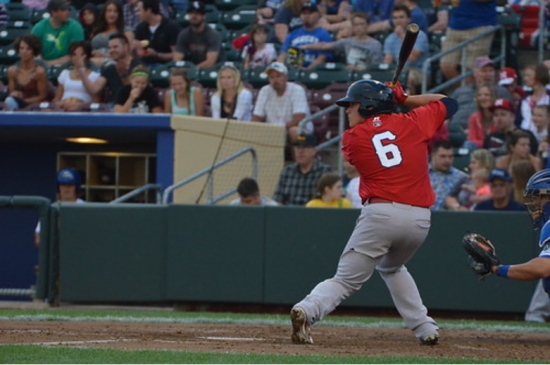 A journeyman player who celebrated his 30th birthday during the 2021 MLB season, Enrique Hernandez is, perhaps, an unlikely hero for the Boston Red Sox. As the team look ahead to the 2022 campaign, there have been plenty of important contributions from around the field but supporters would have been delighted by the contribution made by their Puerto Rican.

He’s very much an outsider for the Hall of Fame at this stage but Hernadez is a genuine contender in an unofficial poll for the most underrated player of the campaign.

Enrique Hernandez has been a surprise package this season, especially when you consider his long path into Major League Baseball. He was first picked up by the Houston Astros in 2009 and had to wait until the sixth round of that year’s draft result to hear his name called.

Hernandez had to be patient again as he waited a full five years to make his debut for the Astros in MLB. As a Utility Player, he featured in 24 games for Houston in 2014 and returned some respectable batting stats.

Despite showing some promise, Hernandez was traded to the Miami Marlins at the end of that 2014 campaign, along with Jarred Cosart and Austin Wates. His stay in Miami was brief, playing just 18 games before moving on to the LA Dodgers a year later in 2015.

Hernandez finally found some stability in Los Angeles and he would stay in the west for the next five seasons. It was an up-and-down experience for the player who tended to follow up effective campaigns with more subdued performances.

2015 showed some promise but there were injuries along the way and Hernandez became better known for wearing a banana suit in the dugout when he wasn’t playing. From 2017 onwards, he became more consistent for the Dodgers while playing in every position except pitcher and catcher.

Popular with the fans, Hernandez’s stock increased and, in 2020, he played his part as the Dodgers claimed the World Series. Stability had seemed to arrive but, ahead of the 2021 campaign, Enrique Hernandez signed that two-year contract with the Boston Red Sox.

The Red Sox made it to the postseason but ultimately fell just one game short of making it through to the World Series. Having beaten the Yankees and the Tampa Bay Rays in the opening rounds, it was ironic that Boston went down to Enrique Hernandez’s old team, the Houston Astros, in the League Championship Series.

The Astros now face the Atlanta Braves in that World Series with the best baseball betting sites showing the Braves as very narrow favorites. Once those final games are completed, the markets reset and those sportsbooks, affiliated with sbo.net, will report on the figures ahead of the 2022 season.

Having fallen just short of the World Series game, Boston Red Sox will be up among the favorites for the pennant when the markets open for 2022. Sbo.net will publish and continue to update the odds once the new season gets underway.

Articles on the MLB will cover news and opinion and, if anyone wants to place a bet on the new season, it’s easy to do so. The panel of recommended sportsbooks listed here will all accept new registrations and there is a choice of funding methods which can cover opening stakes.

Effective customer service and the potential for live streaming some baseball are among the other benefits. It’s a strong website for all baseball fans but how has Enrique Hernandez influenced the Red Sox’s standing?

By the start of September, Hernandez had played 112 games for the Red Sox and his numbers have been seriously impressive throughout the campaign. At that stage, some of his best performances had come in center field where he saved 11 defensive runs and had six outs above average.

His batting improved after being shifted up to the leadoff spot at the end of June. His next 51 games after that switch saw him hit no fewer than 11 homers while returning superb stats throughout.

The journeyman may have finally found a home and the individual performances of Enrique Hernandez can help the Boston Red Sox to go one better in 2022.