Could It Be the Blue Jays’ Year? 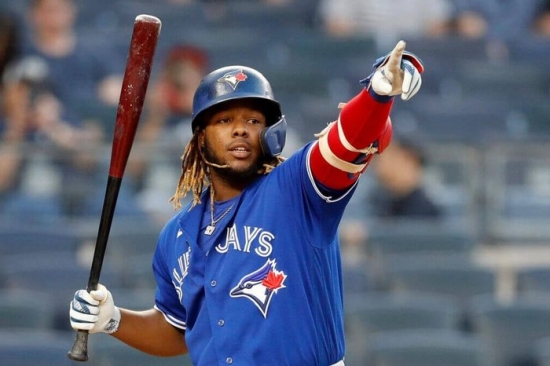 The Toronto Blue Jays are bidding for their first World Series title since 1993. There is confidence within the Canadian city that their long wait for the major prize could end this year.

The Blue Jays, the only team from Canada playing in the Major League Baseball (MLB), have been performing impressively in the American League (AL). They have a winning record of 45-42 (.517), which gives them a strong chance of reaching the playoffs.

Toronto supporters will be hoping their team can go further than they did in 2020. Their World Series dream fell at the first hurdle in the postseason as they were beaten by the number one seeds in the AL, Tampa Bay. The team from Florida went all the way to the World Series where they lost to the LA Dodgers.

The regular season is now well underway and the Blue Jays have MLB odds on bet365 of +2200. Those odds indicate Toronto are not one of the frontrunners for the title. The Dodgers are the favorites in the betting to defend their crown, however, as recent results show, it is no easy feat.

Toronto may enjoy being the underdogs this year. There will be less pressure on their shoulders if they do reach the playoffs. When successful in 1992 and 1993, they were the fourth seeds in the AL, so maybe avoiding one of the top seeds could prove advantageous.

Home runs have not been a problem for the Blue Jays so far in 2021. As of the halfway stage in the regular season, no team in the AL has scored more. If that continues, they are going to prove a dangerous match for any team in the MLB.

Another strong guide for assessing a team's performance on the field is the difference between home runs scored and conceded. Toronto has a +79 record. This would indicate they are a little unfortunate to have a .517 record. If they continue to score so strongly, that percentage should improve.

Their first aim will be to try to win the AL East division. They currently trail Boston Red Sox (604) and Tampa Bay (.589). The series against those two rivals will prove crucial in determining who lands the title.

The standout performer for Toronto in 2021 has been Vladimir Guerrero Jr. He has had an outstanding season with the bat. He was named in the AL’s All-Star team where he was the starting first baseman.

Guerrero Jr, a son of the MLB’s Hall of Famer Vladimir Guerrero Sr, leads the league in On-Base Plug Slugging (OBS). He is one of only three players who are over 1.0 in 2021 along with Shohei Ohtani and Fernando Tatis Jr.

The 22-year-old has an exciting future in the league. Blue Jays fans will be hoping he helps deliver a lot of success with the Canadian franchise, including at the end of the current campaign.

This year’s World Series begins on October 26 and if a seventh game of the series is needed, that will take place on November 3.

More in this category: « 5 Footballers Who Love Gaming The Kansas City Chiefs - The NFL’s Next Ruling Dynasty »