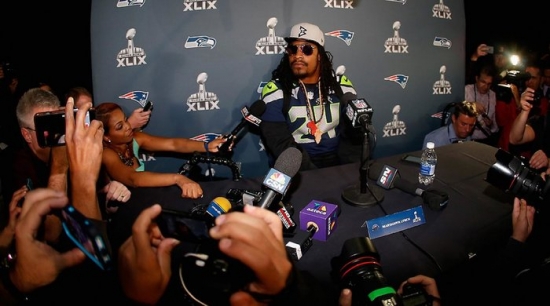 Though we are moving closer to normalcy when it comes to restrictions imposed due to the coronavirus pandemic, it appears that the NFL are showing an abundance of caution when it comes to allowing the press access to locker rooms for the coming season.

The regular season starts in September and training camps and preseason games would’ve been packed to the rafters with press in any other situation, but by all accounts the press will have to wait a little longer before they can fire their questions to players and officials.

Moves to attempt a new way of providing access to journalists, via zoom calls, haven’t proven popular with sports stars and journalists and as such there are growing calls for some kind of middle ground.

Fans have returned to stadiums in the NBA, NHL and MLB, but still reporters have been shut out of locker rooms in those sports.

New coronavirus protocols have not been produced yet but the situation over the past 18 months, and repercussions of the pandemic on sports franchises, will have had an effect on how players will perform. To keep up with how this may have impacted on the futures market check out the Sidelines website, especially as the futures odds are changing regularly as we get closer to the regular season kick-off.

The NFL press aren’t having a great time of it, and this is doubly true across other sports of late, even in the relatively carefree world of the tennis tour, where the press and players are rarely at loggerheads, there’s been a big backlash following the withdrawal of Naomi Osaka at the French Open.

The 23-year-old California-based Japanese tennis star left the Roland Garros tournament after being reprimanded for not carrying out her media duties, she then proceeded to leave France amid discussion of her mental health taking a battering.

Some believe that this kind of incident should actually lead to a stronger relationship between media and sports stars, with PFWA (Professional Football Writers Association) claiming closer ties are needed, stating;

“Locker room access is at the heart of our jobs covering the NFL and telling the stories that fans want and deserve to hear,” the PFWA countered.

“Dialogue in recent days has only reinforced the need to have meaningful interactions with the athletes we cover beyond press conference settings. Those one-on-one and small group conversations are critical not only to cover the game but the people who play it. Locker room access ensures that every player has the opportunity to have his voice heard and his story told if he chooses.”

Of all the top sports Stateside it’s perhaps the NFL that has enjoyed the best view of the inner workings of the dressing room and one imagines that the NFL would like to keep the relationship as open as possible for all parties concerned.

The NFL gets underway on September 9th with the pick of the opening week fixtures definitely being the Dallas Cowboys against the Tampa Bay Buccaneers, with Tom Brady, going for his eighth Superbowl ring, taking on America’s team in a fine feast of a showdown.

More in this category: « 4 Reasons 2021 Will Be a Great Year for Sport