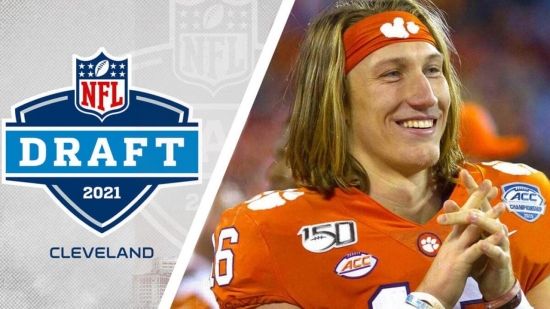 The NFL 2021 Season is starting in about a month, and after the NFL drafts, players are heading into the training camp. Teams obviously have the best picks in the NFL Drafts 2021. Most teams have brought in the absolute best prospects to fill their needs. Let’s see which teams got lucky with the Top five picks in the NFL Draft 2021.

Trevor Lawrence has always been the top pick for this year’s NFL Draft as the top prospect and one of the best quarterbacks. He had been the No.1 draft pick since his freshman year at Clemson. It was evident about Jacksonville Jaguars filling their need for a Quarterback with Trevor Lawrence. And Jacksonville Jaguars did an excellent job putting Trevor up in their Arsenal. But According to Fanduel Sportsbook, Jaguars also had another similar graded prospect, Miami Dolphins wide receiver Jaylen Waddle.

Lawrence has finished a tremendous three-year college career at Clemson Tigers with generating 90 passing touchdowns. Not only is Lawrence the Best Overall Prospect, but he is also the top Clemson Tigers player to be ever selected and the first one to be selected in the top three in the Drafts.

Wilson is another excellent QB Prospect picked in the NFL Drafts 2021. He has shown an outstanding performance in the five seasons of his high school and college football. Zach Wilson was the first choice of the head coach Robert Saleh. The quarterback impressed the Jets with his confidence, energy, and passion for his game. Coach Saleh talked about how Wilson ticks all the checkboxes of a quarterback including, Arm Strength, accuracy, Making off-schedule, and has his Mental Horsepower through the roof.

We have another quarterback and the No.3 overall pick for the NFL Draft 2021. Despite just one match in the 2020 season, which was postponed due to the COVID-19 pandemic, Lance has been in the Top 5 quarterbacks. Although 3rd in the list, Lance is still a great overall quarterback with an NCAA record for the most passes thrown in a season. With a high football IQ, Trey Lance will surely be able to shine in the San Francisco 49ers’ offense.

Kyle Pitts was a great pick in this year’s NFL Drafts by Atlanta Falcons, making him the highest-drafted tight end in the whole NFL History. By choosing the absolute best playmaker Pitts, the Falcons have played their cards right. Pitts had a total of 12 touchdowns and 43 passes for 770 yards In the last 8 games. Not just that, he was also honored with the John Mackey Award as the best tight end in college football, He became the first tight end to end in the top 10 of the Heisman voting.

With the 5th pick in the First Round, the Bengals went with Ja’Marr Chase, the LSU Tigers wide receiver. In LSU’s championship season, we saw the wide receiver with 84 grabs in his 14 games and an SEC single-season record of 1780 yards. It was evident that the Bengals picking Ja’Marr Chase as the fifth pick, but there were some chances of them choosing the Oregon Ducks Penei Sewell. But considering the team’s needs, an excellent wide receiver is precisely what Cincinnati Bengals should have chosen.

More in this category: « The 3 Lakers Players that are Destined to be Future Hall of Famers 4 Reasons 2021 Will Be a Great Year for Sport »