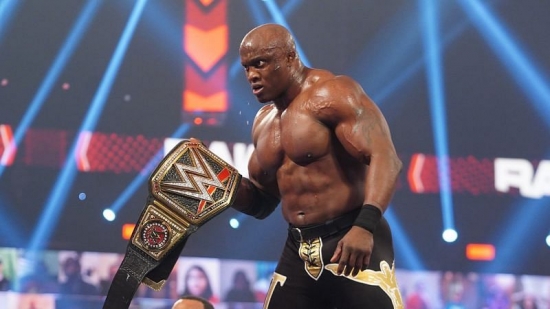 Wrestlemania is the biggest, most anticipated event on the pro wrestling calendar, period. The WWE may not be the monopoly it once was, with the AEW contending strongly, but Wrestlemania still stands atop the hill and always delivers, from the events leading up to it to the big one. The WWE always does a great job from promos to the actual event, and can make you feel like you just got a Monkey Knife Fight promo code which will be a total gem to have in case there is a big bet to go for. After a year hampered by the coronavirus and having to stage events at their training facility, this year's event may have fans in the stands as the government works through the vaccine. Before Wrestlemania, though, there is the SmackDown and Raw pay-per-view of Fastlane. The event and results could have a telling impact on Wrestlemania matchups, including finding a challenger for WWE Champion Bobby Lashley.

Fastlane is going to be packed with key matchups, and championship fights at almost every turn.

Banks dropped one of the hottest lines of the year when she said she was the Michael Jordan of women's wrestling, and if Bianca Bel Air worked hard enough, she could become the LeBron James of it. It was both taunt and respect from Banks who is set to face Belaire at Wrestlemania. Before their big fight, however, both women have the opportunity to be crowned tag team champions, when they face the team of Nia Jax and Shayna Baszler. Both women are still to hit a sweet spot in their chemistry and Fastlane is too big a stage or opportunity to mess up once again.

Apollo Crews finally showed his true colours, turning into a heel in the process and putting the hurt on Big E. While sidelined with injury, the former New Day man has probably had nothing but revenge on his mind, and at Fastlane, he will have his shot at Crews. Both men will battle for pride, bad blood, and the intercontinental championship. On SmackDown, Big E laid down an open challenge to Crews for the intercontinental championship, but got Sami Zayn instead, who provided solid distraction until E clamped him with a Big Ending. Only then did Crews show up to deliver a steel step beatdown on the champ, setting up a tasty Fastlane encounter.

Daniel Bryan beat Jey Uso on Smackdown to book his place on Fastlane as the challenger to Roman Reigns for the WWE Universal Championship. Bryan is hell-bent on winning or at the very least make an appearance at Wrestlemania, but all of that will depend on how his shot at Fastlane goes. This week on SmackDown, the Rated-R superstar Edge, called out Bryan for his cunning tactics to worm his way into a title shot, as both men could potentially be a matchup in the near future.

The card for Fastlane continues to grow, and so also are the matchups. It should be a ton of fun to watch.