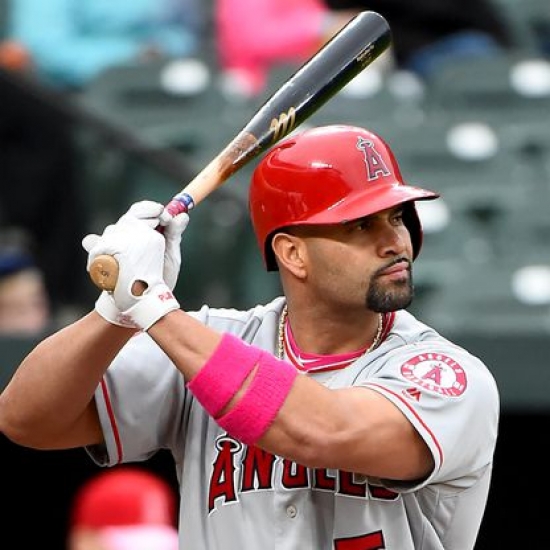 Alberto Pujols is still playing baseball? That question may have crossed your mind when it was announced the current Los Angeles Angels first baseman had passed Alex Rodriguez on Major League Baseball’s all-time RBI list this week. Pujols knocked in his 2,087thRBI on August 24thand is now trailing Hank Aaron as the all-time Major League Baseball leader. Sports fans are enjoying a large amount of sports available currently from baseball to horse racing. The biggest horse race in the world will take place on September 5that Churchill Downs and fans can watch a Kentucky Derby live stream to follow all of the action on race day.

Now, 40-years-old, Pujols’ standing as one of the greatest in Major League Baseball history doesn’t seem to be as firm as it was years ago. Pujols has spent the last eight and a half seasons playing for the Angels. So, if you forgot he was even in the league at this point, you can be forgiven.

Pujols’ 2020 season has been rather forgettable. His RBI on Monday night to pull him closer to Aaron was a milestone but there was little to actually celebrate. The Angels are 10-22 as of this writing and 12.0 games out of first place in the AL West. For all the talk of the greatness of Pujols and Mike Trot, they sure have done little to get the Angels into American League West winning position. Of course, baseball takes more than just two players, but Pujols’ stats show a player limping toward retirement and hanging on for too long.

The first baseman is hitting .215 with an OBP of .253, and slugging percentage of .367 as of August 27th. He has hit just three home runs and knocked in 12 RBI in 79 at bats. The once great hitting machine is a shell of his former self.

Since arriving in Los Angeles in 2012, Pujols has regularly failed to get the Angels into the playoffs. Just one time have the club made the postseason following Pujols’ big money move from St. Louis. In pure poor money management, the Angels rewarded Pujols for what he did with the Cardinals and not what he could do in the future.

The club signed him to a 10-year contract in 2012 for a $240 million. According to Spotrac, Pujols was due $29m this season alone. In 2012, signing Pujols for 10 years may have sounded like a great deal. He was 32 and coming off of winning the World Series with the Cardinals. He was also a three-time MVP.

Pujols’ batting average has never risen over .300 for a full season in Los Angeles. Three times his OBP has dipped below .300, including this season. Other than in the 2015 season, Pujols hasn’t shown the power of his time in St. Louis. The 2015 campaign witnessed Pujols hitting 40 home runs. He hit 40 or more homers six times for the Cardinals. Just once has he done it in Los Angeles.

The last eight and a half seasons in Los Angeles have been well paid for Pujols. But with the Angels making the playoffs just once in that time, Pujols is now just a huge contract around the club’s neck. That deal won’t end until after the 2021 season. Pujols will earns $30m next season.

More in this category: « Five Best American Football Movies Ever Understanding the Importance of Sports Influence »