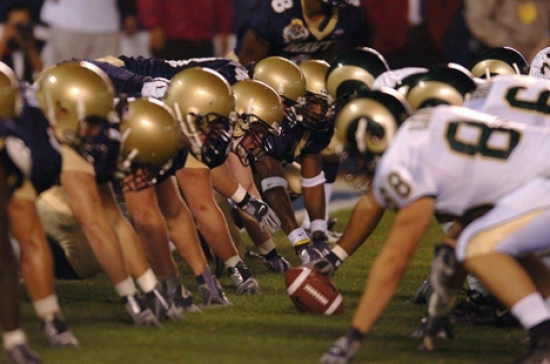 What is America’s most-watched sport? Rightly said, it is Football. Football represents an amazing display of stamina and strength, exquisite finesse, excellent team spirit, and dramatic finishes. You can never speculate when an underdog can defeat a favorite giant on any given Sunday. Every football match pumps up the adrenaline like never before. That’s the beauty of America’s most popular sport.

No doubt, football has been chosen as the subject of many Hollywood movies. All the drama and glory of the field are precisely presented in each feature film based on football. You can feel the excitement and rush of adrenaline, often further heightened by betting odds offered on these matches at some of the best betting sites UK and other countries’ sportsbooks. Today we list the top 5 football-themed movies that Americans have even witnessed.

The Oliver Stone football classic is one of the best sports films ever. It shows the behind-the-scenes stories of the legends on the field and those who manage them. The movie shows plenty of NPL legends and some great football actions.

Jonathan Moxon, played by James Van Der Beek, is a reserve quarterback who takes the field to keep up with the wishes of his football-crazy father. But when the star quarterback gets injured, he steps up and leads the team towards victory.

This movie features Goldie Hawn as a high school rookie football coach who dreams of coaching a football team. She applies to coach an inner-city team and gets the job. The movie is about her challenges is coaching this team and taking to the championship finals.

Nick Nolte plays the protagonist's role here (Peter Gent), a former American football player in Dallas. The movie is semi-fictional, and the team in the movie – North Dallas Bulls holds a lot of similarity to the Dallas Football club. The famous club was a bit disappointed since the movie showcased pain killers' use in a positive light.

The movie is about a young team and their newly appointed coach who overcomes racial boundaries and play as one unit based on true events. Denzel Washington plays the role of the coach (Herman Boone). This movie is one of the best performances of Denzel Washington and even terming it as a classic might seem to be an understatement.

More in this category: « A Guide for Sports Fans: How to Keep Yourself Entertained During the Offseason Albert Pujols: A big contract bringing clipping the Angels’ wings »