NBA Players who retired too soon 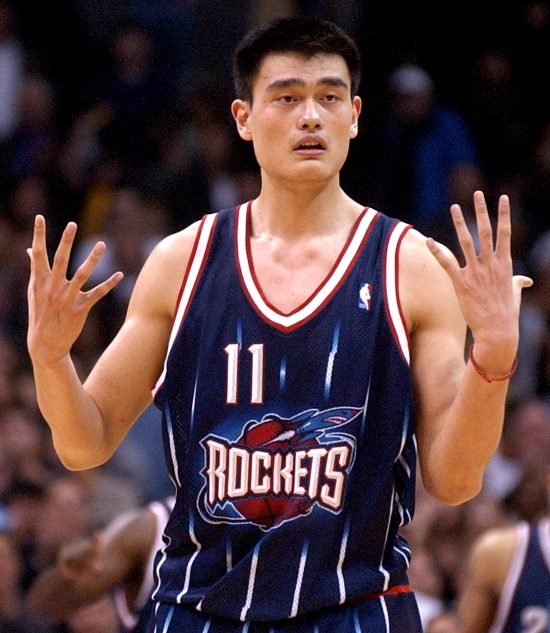 NBA fans waiting for the resumption of the season can get the best deals for casino games at live dealer roulette NJ. In addition to enjoying digital experiences, fans also continue to debate who are some of the greatest basketball players to have exited stage right before their time.

The first pick in the 2002 NBA Draft, Yao Ming came to the league with a stellar reputation after five years with the Shanghai Sharks in the CBA. The Chinese star lived up to the hype during his nine-year stint at the Houston Rockets, where he was named Rookie of the Year and helped the franchise to the NBA Play-offs on four occasions.

Ming’s exceptional rebounding and blocking ability saw him become an eight-time NBA All-Star. Still, after playing all 164 games in his first two seasons, injuries started to regularly hamper his game time. After suffering a fractured left ankle in the 2010/11 season, Ming decided to retire at just 30-years of age.

Magic Johnson was one of the three best NBA players in the 1980s alongside Michael Jordan and Larry Bird, but his career came to an abrupt end in 1991 when he was diagnosed with HIV. Johnson is still regarded as the best point guard to have played the game, and he backed up his talent with five NBA Championships between 1980 and 1989.

After twelve years with the Los Angeles Lakers, the then 31-year-old retired to become an advocate for HIV and AIDS prevention, though he did win an Olympic gold medal for the US as part of “The Dream Team” in 1992. Johnson briefly returned in 1996 for a 32-game stint with the Lakers, but fans are still left wondering what might have been if he had been able to continue playing in his prime.

Still regarded as the greatest player to ever play basketball, Michael Jordan retired twice in his career after securing infamous “three-peats” with the Chicago Bulls. Jordan started a new career in Minor League Baseball in late 1993 before returning to the Bulls in 1995, where he went on to secure NBA Championships in 1996, 1997, and 1998 before retiring for a second time at 35 years of age.

With the Bulls still in the ascendency at that time, commentators have speculated that Jordan and the Bulls could have continued its dynasty and dominated the Eastern Conference for a few more years if he and teammates Scottie Pippen and Dennis Rodman had stayed together. ‘Air Jordan’ returned for a third and final stint with the Washington Wizards before retiring for good in 2003.

Shooting guard Brandon Roy was the sixth pick in the 2006 NBA Draft and was named Rookie of the Year in his first season with the Portland Trail Blazers. However, he was never able to fulfill his potential due to an ongoing knee problem. Roy averaged 19 points a game with the Blazers over five seasons before joining the Minnesota Timberwolves.

The then 27-year-old had already undergone six surgeries in an attempt to fix the problem, but he was unable to hold out any longer and eventually retired in 2011. A brief comeback in 2012/13 also ended after five regular-season games as Roy succumbed to another knee injury.

Gilbert Arenas is still considered to be one of the best second-round draft picks. After joining the Golden State Warriors in 2001, ‘Agent Zero’ was named the most improved player in the league after the 2002/03 season and continued to make a name for himself as a leading point guard after being traded to the Washington Wizards.

A career-high record of 29.3 points followed soon after. Unfortunately, things took a turn in the late 2000s when a knee injury and a controversial incident involving a handgun resulted in an indefinite suspension from the NBA. Arenas was never quite the same again, and he retired at 30-years of age in 2012.

Florida-native Tracy McGrady can be considered an NBA journeyman after playing for seven teams during his 16-year career, but many still believe he may have left the game too soon. McGrady, the ninth pick for the Toronto Raptors in the 1997 NBA Draft, really came into his own during a four-year stint with the Orlando Magic in the early 2000s, where he was a two-time NBA scoring champion.

McGrady was a seven-time NBA All Star between 2001 and 2007 before back and knee injuries started to eat into his natural talent and dull the shooting streaks for which he was renowned. He eventually retired at 32 years of age.