NASCAR: Real Competition Is Not Only Between Cars and Drivers 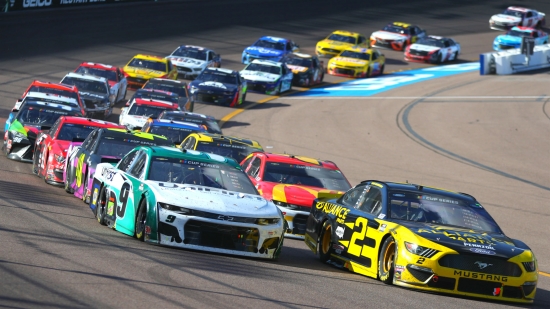 NASCAR season is back. Sunday, May 17, at Darlington Raceway, will be the initial race out of seven, over 11 days during the month. However, things will not be quite the same after the recess' fogs dissipate. Last Friday, competition executives released an official bulletin filled with rules changesfor the remaining 2020 NASCAR Cup Series season and forward. The technical changes detail safety and competition alterations as a measure to restrain the team’s costs and boosting racing safety measures.

These guidelines come from the deliberation that took place after the preliminary investigation into Ryan Newman’s crash. The violent incident on the final lap of the Daytona 500 left the driver severely injured. After missing three races and a still recovering bruised brain, he was cleared to come back on May 10. NASCAR is preparing a media briefing to reveal the Newman investigation findings.

As competition grows endlessly, the regulations promise safe quality racing for both the teams and the fans. The mentioned regulations will not affect current competition significantly. Moreover, those intend to lessen comprehensive modifications for the Next Gen Car to debut on the 2021 season. However, NASCAR senior vice president of racing development, John Probst, stated that teams were provided with details about the technical changes in advance.

NASCAR's return comes impregnated with a lot more than instructions for custom wheels manufacturer selectionand tuning restrictions. The following modifications are very specific and its goals are aiming to minimize about 30 to 40 horsepower from 510 hp for Daytona and Talladega tracks. Although these modifications are a decision NASCAR took after Newman’s incident, overall rules were reviewed and adjusted according to the identified needs. The following is a summarized version of the recently released bulletin.

Although previous incidents lead to car modifications that teams will struggle to fulfill, stock-car racing is not only about cars. During a NASCAR race, a driver must be in flawless physical strength to be able to endure sustained high G force. Three G of acceleration on turns triple the driver’s weight. Additionally, the driver is wearing a helmet, gloves, and a long-sleeved fire suit. These, along with the mid-summer weather rises internal car temperature to hit the 120°F. In these scenarios, drivers can lose focus and experience dizziness. Consequently, riders need to train hard to endure these harsh circumstances. Pit crews also train very hard. These athletes have 15 seconds and no retries to accomplish their task: jacking up the largely heavy car to change its tires and refilling its fuel tank.

Patience, discipline, and adaptability are the main skills surrounding this fast-paced sport. Stock-car racing embraces crewmembers and organizations working together as an engine to lead both the vehicle and its driver on top conditions. Poor communication and a miniscule mistake during the job can lead to accidents like Newman's.

While NASCAR prepares to resume its season with the coronavirus pandemic still in motion, safety measures are being taken with this in mind. NASCAR prepared a protocol following the advice of health professionals. Carolina’s public health officials gave their blessing and added a few recommendations. The safety protocol during Daytona and Talladega races aims to safeguard the competitors and the surrounding community’s health. These recommendations include:

NASCAR is working hard to be the first major U.S. sport to resume competitions. Therefore, a mistake could become a landmark for its history and put lives into high-risks. After all, the NCS is the racing highest level of competition. About 700 hundred people are expected to meet at the Daytona track. That number will only include the 40-car crews, leaving outside the picture officials, inspectors, and the broadcast team.

If things run smoothly, other sports eager to come back might consider resuming matches. NASCAR executive vice president, Steve O'Donnell stated: "We realize upfront it's a huge responsibility for us as a sport… We're certainly going to learn as we go, the process we put in place gives the industry the confidence that we can be first." Moreover, Mark Miles, Indianapolis Motor Speedway CEO, told the press "We can do it. We are prepared for fans… Just based on the size of our facility we can do it… We've got time to get this right."

Additionally, rules are strictly enforced and those with personal staffs who do not follow those, including the general COVID19 recommendations such as facemasks use and social distancing will be removed from the facilities and presented with a $50,000 fine. NASCAR is making an extraordinary effort on its return. Real-life racing comes with real-life incidents and circumstances. Safety precautions aim to guarantee the event develops hassles-free.

Nathan Spears is a managing editor at BlaqueDiamond
<https://blaquediamond.com/>. He became a car enthusiast at the age of
four, when his father taught him the difference between Chevy and Ford. In
2012 Nathan put his knowledge in practice and started reporting on cars,
races and the auto industry on different social media platforms. Currently,
he’s a happy owner of a 1967 Alfa Romeo and a Lancer GSR and a person who
still has lots of topics to cover.

More in this category: « Celebrities Who Really Love Sports Awards = HOF?: Part Forty-Eight: The MLB Comeback Player of the Year »