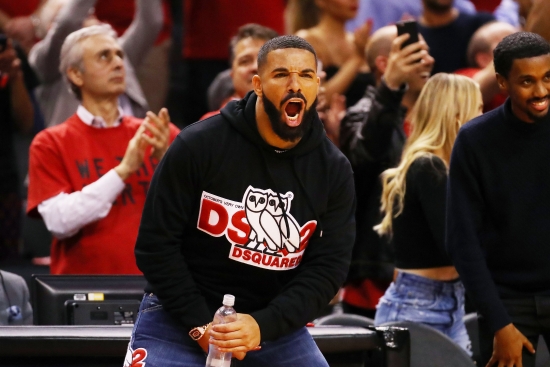 Celebrities are just like regular people when it comes to sports. They love to watch and attend sporting occasions, whether it be football, hockey, soccer, basketball, tennis, golf or any other sport. As long as there is a ball to be hit, a sharp corner to negotiate or a punch to be thrown, the buzz of sports is the same for everyone.

Celebrities have even become part of sporting occasions. Their attendance in the crowd gathers airtime, and some also perform at the stadium – just look at the Super Bowl and its string of megastar performers. But who are the most prominent celebrity sports fans?

He may be better known for his eagle eye and fast defence in the ring, but Mayweather also likes to kick back and watch sports as well. He attends boxing games but is known to be a big fan of the NBA. While Mayweather has been busy staking thousands on sports betting - reportedly winning over $6million on an NBA game back in 2013, he's also not shy of the casinos themselves. Having won nearly £800,000 on a slot machine in 2017, his latest conquest seems to be to tackle Japan by building a new casino in 2020/21.

America's acting hall of fame has a seat for Denzel Washington. But the movie star is not just about taking his place among the film gods. He likes to take a seat at Lakers and Yankees games too and is known to be in the crowd always wearing his all-black cap. But Washington could play the game as well. During his university days at Fordham University, he was a point guard for coach Carlesimo. Yes, the same coach who made it to the NBA.

Kevin Hart has gone from working as a shoe salesman to being one of the world's best comedians with some flagship acting jobs along the way. When Hart is not writing comedy gold, he is a massive sports fan. He participates in the NBA's All-Star weekend and even plays himself in the celebrity match, which he has won the MVP award on three occasions. By being in and around the players, he has acquired some new NBA buddies.

But Hart is not the only comedy royalty to love sports. Jerry Seinfeld, the creator of his namesake comedy hit show, is a renowned Mets fan. When he is not watching sports, he can be found talking about them on the WFAN sports radio station in New York. This may be why his famous show includes many references to Mets and one or two appearances from players.

Actor rapper and singer, Drake has a controversial history with the sporting world. It began when he was denied access to the locker room of Miami Heat after they won the championship in 2013. In the same year, he announced himself as an official ambassador for the Raptors. Since then, the cameras have been on him during sporting occasions due to his courtside behaviours and celebrations. Some think it could be part of a publicity stunt, but he undoubtedly loves his sports.

More in this category: « Awards = HOF?: Part Forty-Seven: The NBA Finals MVP NASCAR: Real Competition Is Not Only Between Cars and Drivers »