How Real is Willie Beamen? 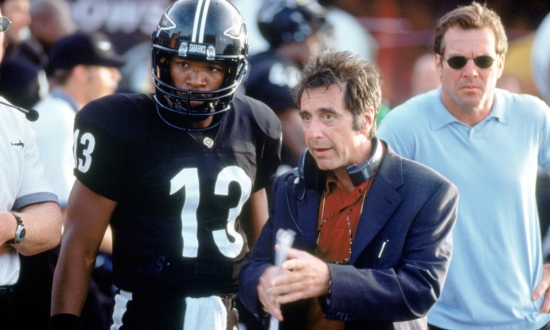 How Real is Willie Beaman?

In the 2001 season, the once-great American Football team Miami Sharks, had a hard time making it to the AFFA (Associated Football Franchises of America) divisional playoffs.  Coached by Tony D’Amato, the 30-year veteran that had seen it all, the team lost its starting quarterback Jack “Cap” Rooney, and second string quarterback Tyler Cherubini due to injuries.

This leaves the desperate Sharks to depend on their third-string QB, University of Houston graduate Willie Beamen. Never doing anything beyond warming the bench, Beamen pukeshis guts out and embarrasses the hell out of the Miami Sharks on the first few games, but then he just gets it and becomes the MVP, star quarterback that carries the team to glory.

You probably figured it out by now, this is the tale of Oliver Stone’s 1999 movie Any Given Sunday. Where Coach D’Amato is played by Al Pacino, Cap Rooney by Dennis Quaid, and rookie-turned-narcissist-starring-QB Willie Beamen is no other than Jamie Foxx.

It’s pretty cool to see the upsets that are taking place during the first games where Beamen is leading the Sharks as starting quarterback.  At the beginning bookies wouldn’t give him and his team a chance, and when the movie was made there were no legal sports-betting apps that everyone can use from their mobile phone to place bets.  But if it was today, the whole stadium would have pulled out their phones and use their sports-betting app for sure to place bets on the Miami Sharks every time Beaman threw up, as that became is trademark for winning plays.

So how much of this great American sports drama is based on true events? And does Beamen have any truth in him? Or is the Sharks hall-of-fame quarterback totally made up? The story is based on a novel by the same name written by ex NFL Defensive End, and Super Bowl champion Pat Toomay.  Selected in the sixth round of the 1970 NFL draft by the Dallas Cowboys, he started an impressive football career which in addition to the Cowboys, included playing for the Buffalo Bills, Tampa Bay Buccaneers and Oakland Raiders.  Toomay said that the characters are loosely based on actual players.

Although the NFL declined to participate, and supposedly issued a memo to teams suggesting they do not cooperate with the film, Jamie Williams who was the movie’s technical adviser and writer played in the league for 12 years, including playing as a Tight End for the San Francisco 49ers.  Many others involved with the movie, other crew or cast, have played professional football at some point in their lives.  And most said that Beamen is “very close to the real thing.”

Beaman is supposedly based on several NFL players, including Washington Redskins, Super Bowl XXII MVP Doug Williams, Philadelphia Eagles’ quarterback Randall Cunningham.  Many also draw similarities to larger-than-life Defensive Back Deion Sanders who was one of the most interesting and famous players the NFL has seen.

And when asking Jamie Fox who played Beamen, he actually thinks the real-life Beamen is Dallas Cowboys Quarterback Dak Prescott.  “He’s the real live Willie Beaman” said Jamie Foxx in an interview.  But that may be due to Foxx being a die-hard Cowboys fan.

But if you are into real, non-fictional sports action, now is the time to get into the excitement of sports-betting, casino and poker mobile apps and websites, which are legal in many states in the US including Pennsylvania, Nevada, New Jersey, West Virginia, and many more states that are now in the process of signing legal bills that allow punters to legally download a sportsbook mobile app and place bets online safely and securely.