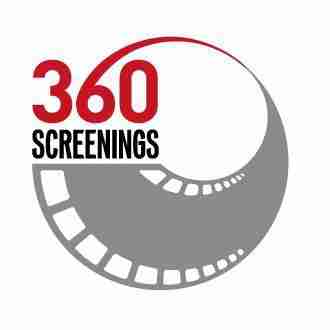 On the first of a two-night sold-out engagement with 360 Screenings, I worked the food table and Front of House to take tickets and check the guest list. And I was very happy to do so. Because Artistic Producer and Co-Founder Ned Loach, and Artistic Director and Co-Founder Robert Gontier, have a truly great thing going on. I mean, they’d have to have a great thing going on if their events sell out before anyone even knows what the film is, or where it’s being screened. It was the same when I worked the show previous to this one, last May at Toronto’s Christie Mansion and the film turned out to be One Flew Over the Cuckoo’s Nest starring Jack Nicholson.

For anyone not familiar, 360 Screenings “provides a cinematic experience that audiences not only watch, but become part of through live theatre installations. Every event features an interactive live performance followed by a film screening. The location of the venue, a Toronto heritage or unique building, is kept secret until 24 hours prior to the screening, and the film itself isn’t revealed until the second half of the evening. A hybrid between live theatre and cinema, the audience is encouraged to explore, uncover and interact with the actors and the set design”, while they try to guess what the film will be. In other words, patrons “step into the film”. 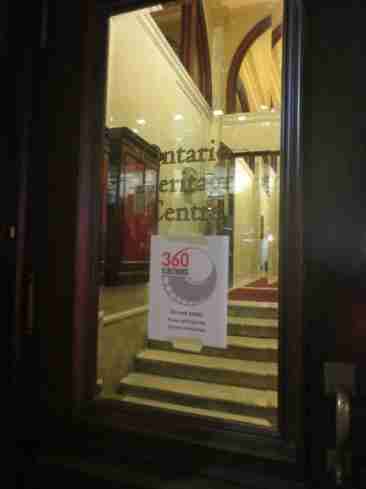 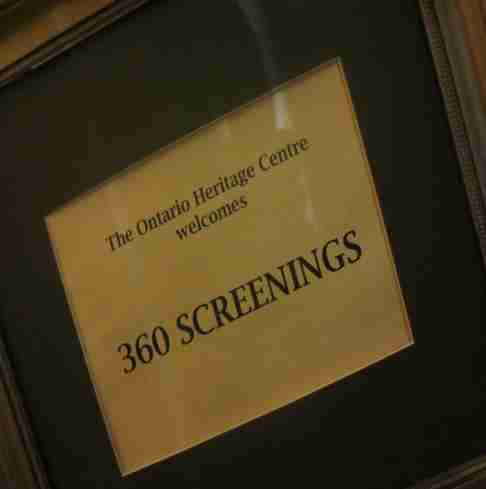 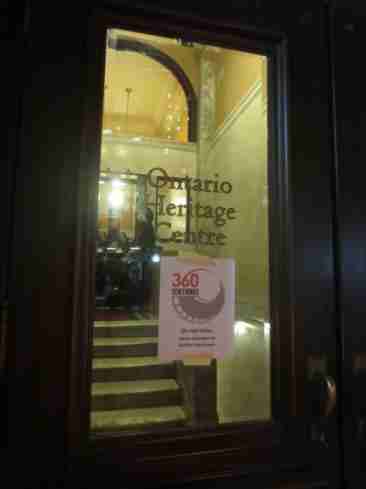 For this screening, the venue turned out to be the lovely Ontario Heritage Centre at Yonge & Adelaide. I really enjoyed exploring the hallways of a building that used to be a bank and seeing the old vaults. And the elevator with a stool inside for the operator, and the operator himself who was all-too-happy to give you a ride. At the end of the second-floor hallway, I not only found the ladies room, but a ladder and a mouse trap with a piece of cheese sitting on it. Hmmm... a small hint of what the film may be, perhaps?

When I walked onto the set and saw the back of this little girl with long brown hair wearing nothing but a sheer nightgown, I got totally creeped out. Goosebumps even. And I hadn’t even seen her face yet! There was a bed in the center of the room with an end table beside it, with a lamp and alarm clock on it, and a copy of Photoplay magazine with a couple of familiar actresses on the cover. Another hint. There was also some rope. The room was cold. Probably because of the cold air coming through that open window across from the bed, making the curtains billow. 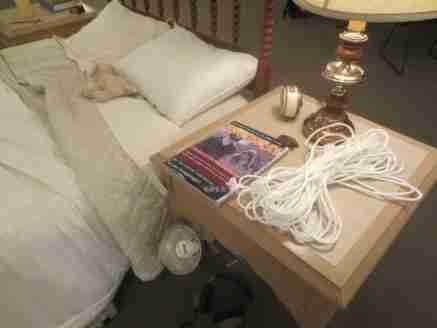 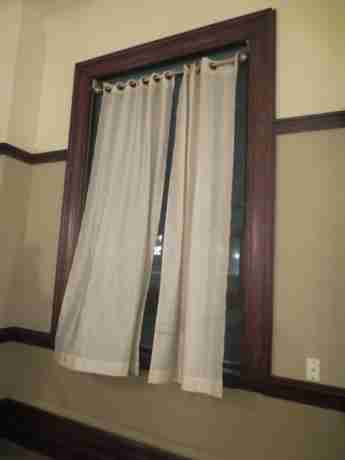 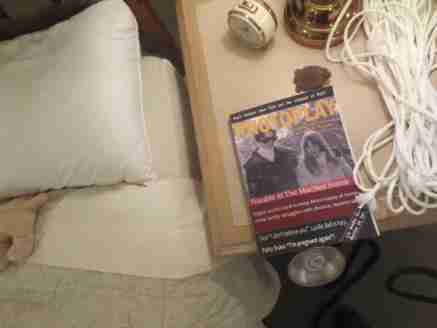 Patrons mingled and wandered about munching on veggie or chicken sandwiches and cookies that I served them, or sipping wine and beer. But when the room was darkened, a hush soon fell upon us. A scene from the yet-to-be-screened film was about to be re-enacted. The little girl with long brown hair dressed in a sheer nightgown was now standing on the bed screaming and cursing, completely possessed by Satan, while two priests hit her with holy water and repeatedly chanted: “The power of Christ compels you! The power of Christ compels you!!” Goosebumps. 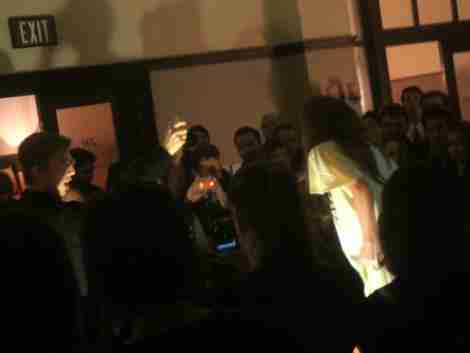 The film of course turned out to be The Exorcist starring Linda Blair and Ellen Burstyn, the greatest film ever made about evil, imo, and a film I’ve had a life-long relationship with. What a great choice for the Halloween season. 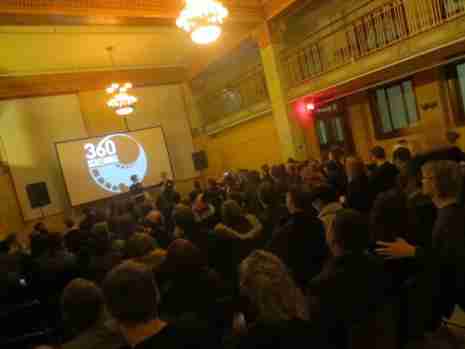 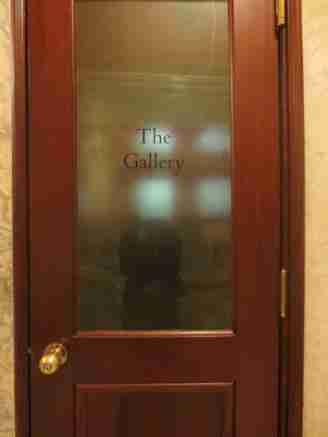 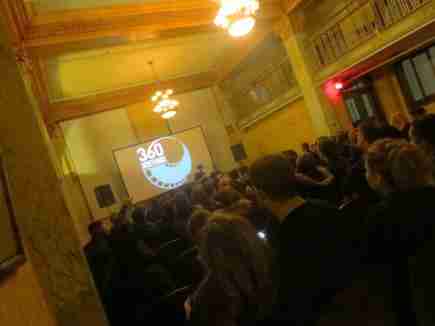 After the re-enactment, the audience was ushered down to The Gallery where the classic and largely impactful American horror film of 1973, directed by William Friedkin, was screened. Interactive elements of the event included make-up artists ready to paint the face of anyone willing to participate, and a Confession Board for audience members willing to write theirs. The best one I read? “I peed on my boyfriend last night while he was sleeping.” Make sure you catch the next 360 Screenings event scheduled for February 2014. Better yet, go to the website and register so you’ll be sure not to miss it.

The official website for 360 Screenings,
where you can check out video of past events...
http://360screenings.com/