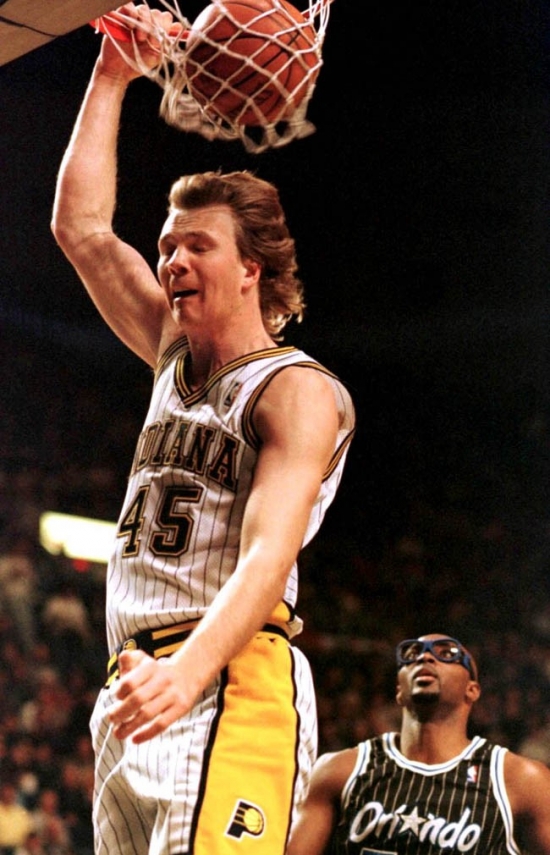 We here at Notinhalloffame.com always admit that we are suckers for cool nicknames.

Here is another admission: corny ones work too.

Rik Smits was known as the "Dunking Dutchman," where he was drafted second overall in 1988.  Playing at Center, Smits would play his entire career twelve-year career with the Indiana Pacers, and he would never have a season where he would have less than 10.9 Points per Game in a season.  Six of those years saw Smits average more than 15 Points per Game, and he was also named an All-Star in 1998.

Over his career, Smits would average 14.8 Points per Game with a PER of 17.9, both of which were substantial numbers and worthy of a high rank on this list.