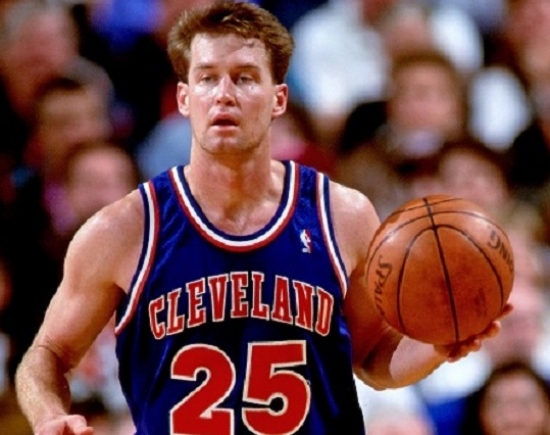 Mark Price came to Cleveland as part of a draft-day trade when he was chosen in the 2nd Round in 1986 by the Dallas Mavericks for a future 2nd Rounder of 1989.  Cleveland got Price, but Dallas would pick Jeff Hodge who never played in the NBA.

Worked out well for the Cavaliers, wouldn't you say?

Price was a two-time All-American at Georgia Tech, and while he was an incredible shooter there, it wasn't expected that he would be able to perform at the NBA level.

The Point Guard would become the team’s starter in his second season and was an All-Star in his third.  It was in that season where Price had established as one of the best shooters in the NBA, and he would become the second player to join the 50-40-90 Club, which meant that he averaged 50% shooting from the field, 40% from beyond the arc, and 90% from the charity stripe.  Price suffered injuries throughout the 1990-91 season but would go to three straight All-Star Games (1991-92 to 1993-94) with two of those seasons seeing him lead the NBA in Free Throw Percentage.

While he couldn’t take them to the NBA Finals, he would lead them to Eastern Conference Final against Michael Jordan's Chicago Bulls.  When his Cavs career was completed, Price would play 582 Games with a 20.4 PER and a 16.4 Point, and 7.2 Assist per Game Average.  He would hold many franchise records until LeBron James broke them.