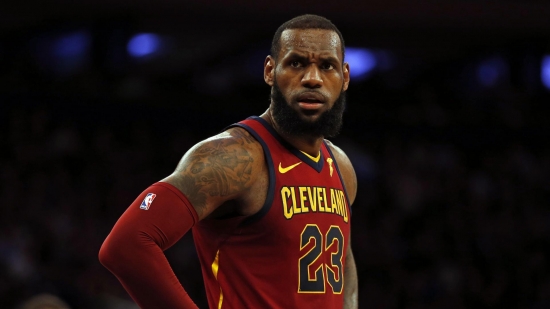 LeBron James was so highly touted as the eventual number one pick that his high school games were broadcast on ESPN.  The Cleveland Cavaliers were thrilled to land the number one pick, and the native of Akron fittingly began his career with the team he grew up an hour away from.

James was an instant star winning the Rookie of the Year, and in his second year in the NBA he was chosen for the All-Star Game, of which he would become a perennial fixture.  James did it all.  He scored, blocked, rebounded and distributed but most of all he led.  It was expected that he would become the best player in the NBA, which is exactly what he would become!

While he was with Cleveland (in his first run) from the 2007-08 to 2009-10 season, he was the runaway leader in PER and VORP and would win the MVP Award in the latter two years.  He carried the Cavs on his back taking the team deep into the playoffs, including the Finals in 2007, but while he had some good players around him, he had no stars and James famously (or rather infamously) took "his talents to South Beach" where on a team with Dwyane Wade and Chris Bosh he won the NBA Championship twice.

James was the most hated man in Ohio and many other places in the Association's fanbase.  Fans burned his jersey, he was booed when he visited, and he was labeled a sellout.

That was, of course, until he returned.

James had unfinished business in Cleveland and with new Cavs draft pick Kyrie Irving and Free Agent Kevin Love, he led the team to four straight NBA Finals and won it all in 2016 ending the city’s 52-year old championship drought.  He signed with the Los Angeles Lakers in 2018, but Cavaliers fans were not upset as he delivered the NBA Title they had longed for.

With Cleveland, he would be an eight-time First Team All-NBA Selection, won two MVPs, a Scoring Title and averaged 27.2 Points per Game over 849 Regular Season Games.

King James will reign atop this list for years to come.

More in this category: 2. Mark Price »