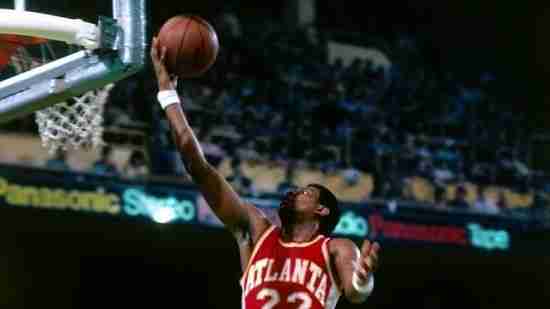 While John Drew might be best known in the NBA for being the first recipient of a lifetime drug ban, many Hawks fans would prefer to remember him for his on the court talent as opposed to his off the court problems.


A two time All Star out of Gardner-Webb, Drew would average over 20 Points per Game five times and would never have a season with Atlanta where he averaged under 18 Points per Game.   It can be speculated that Drew might have been a Hall of Famer had he succumbed to the demons of drugs but this was one hell of a player in his day who deserves this high spot on this list.