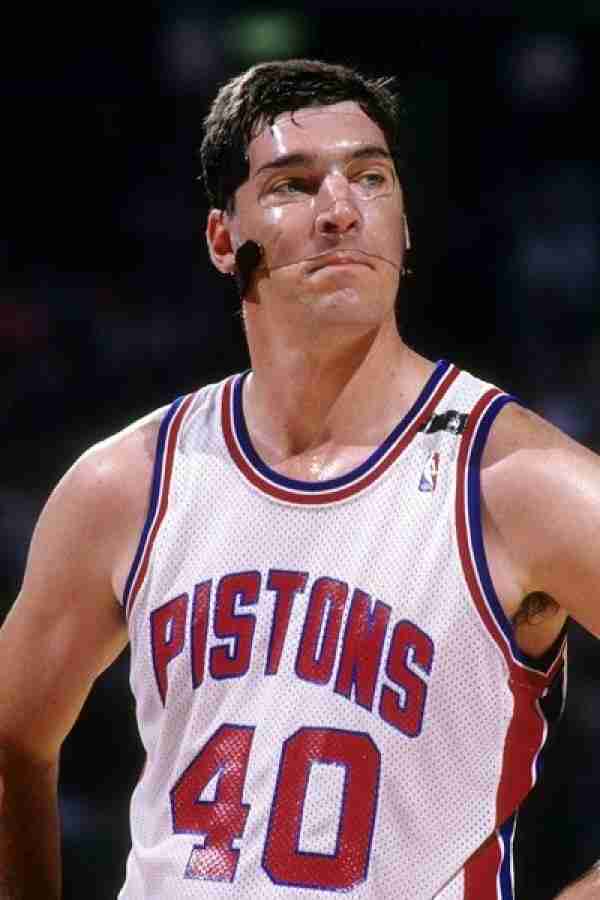 Bill Laimbeer is arguably the least popular player in the history of the NBA.  Part of the infamous Bad Boys teams that won back to back titles for Detroit in the late 80s, Laimbeer reputation as a physical and some called dirty player have superseded his on court accomplishments. Still, Laimbeer was one of the best centers of his generation making 4 All-Star teams and becoming only the 19th player to accumulate 10,000 points and rebounds in a career.  A superb long range shooter for a big man, Laimbeer was as important to the success of the Pistons as any other member.  His ability to bang down low on defense and grab rebounds (he actually led the league in rebounding in 85-86), allowed the Piston machine to roll and his teammates to do the bulk of the scoring.

Laimbeer is a legendary basketball player for all the wrong reasons but he was never hesitant about doing the dirty work that needed to be done to get his team wins.  Now a 3 time champion as coach in the WNBA, Laimbeer has once again shown he will do whatever it takes to succeed in basketball.

Should Bill Laimbeer be in the Hall of Fame?

Should Bill Laimbeer be in the Hall of Fame?

But definitely should be in. Rebounding champion, multiple all-star, 2X NBA champion. Stretched the floor before that was common for bigs. His toughness made opponents think twice before messing with Thomas, Dumars, or any of the others. Tough play was more accepted so I don't think he should be punished for that. After coaching the Shock to 3 titles, I think he definitely deserves to be in...unless the hall is sexist and doesn't value WNBA.
Quote
+2 #6 jchuk 2017-04-07 06:49
Yes - should be in. He was a rebounding champion, 2x NBA champion, and multiple all-star. He could shoot from the outside before it became a real trend in the league for big guys. Solid numbers and one of the toughest guys in an era where that was valued. His "toughness" ensured that opponents thought twice before messing with Thomas, Dumars, or any of the others. Definitely should be in especially after coaching the Shock to 3 titles.
Quote
+6 #5 BornNBreed 2014-12-03 09:43
I think what Bill has done in the WNBA has earned him a place in the Hall of Fame. He averaged a double-doubl e for his career, now lets couple that with multiple 'chips and allstar appearances. Now add that he was the 2003 WNBA Coach of the Year and has won 3 titles as a WNBA coach and he's in! We must remember that it is the Basketball Hall of Fame, so all of his basketball related achievements should be counted.
Quote
+5 #4 JohnJI 2014-04-21 09:58
Billy Laimbeer can kick everybody's ass in the Hall.
Quote
+11 #3 Matt 2013-03-22 05:17
BAH! Dirty stuff. There was lots of that in '80's. No reason to pick on any one guy or say he doesn't deserve to be in the Hall of Fame. It's not like he got banned from the league or anything.
Quote
+9 #2 Arm 2012-11-13 03:28
I think he's tough guy that should be in the Hall of Fame, in anyway.
Quote
-5 #1 Robert 2012-07-21 14:28
The thing about Laimbeer is he was a good player without all the dirty stuff he pulled. And that is what should keep him out of the Hall in my eyes.
Quote
Refresh comments list
RSS feed for comments to this post