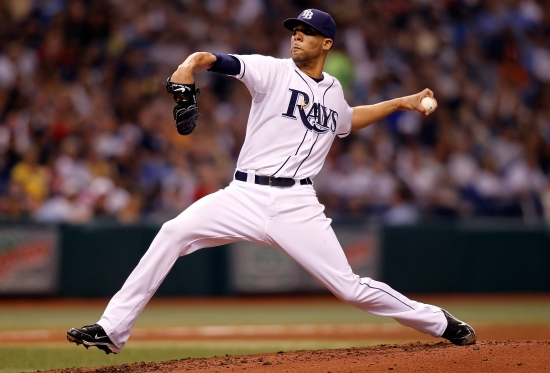 David Price was the first overall draft pick in 2007, and he would make his highly anticipated Rays debut in September of 2008.  He played in the Rays' postseason run to the World Series in a relief capacity, but come the next season, and he was ready to take on his intended role as a starter.

Price won only 10 Games with an ERA of 4.42 in 2009, but he became the star he was meant to be in the season after.  The Pitcher went on a three-year streak of All-Star Game appearances, which began with a 19-6 2010 campaign that would see him finish third in ERA (2.72) and was also second in Cy Young voting.  The end of that three-year run would be the best season for Price.

2013 was a down season, but he rebounded in 2014, with his fourth All-Star appearance, but the Rays were not contenders that year, and are a small market.  He was traded to the Detroit Tigers for their playoff run.  Price would later win a World Series Ring with the Boston Red Sox in 2018.