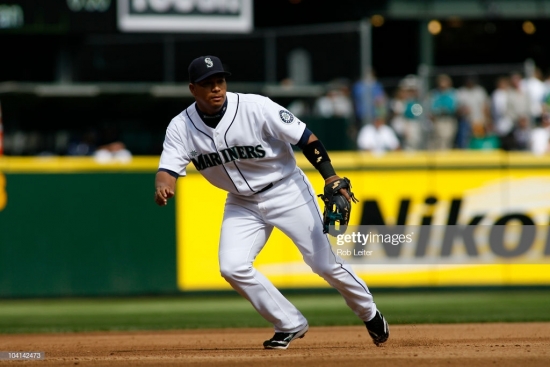 In terms of infield defensive versatility, Jose Lopez is right at the top of the list for the Seattle Mariners.

Lopez signed as an Amateur Free Agent in 2000, and the Venezuelan would crack the Mariners roster in 2004 at age 20.  Lopez had a breakout season in 2006, where he was named an All-Star (for the only time in his career) and collected 170 Hits with 10 Home Runs and a .282 Batting Average.  Lopez would continue to have double-digit Homer numbers as a Mariner, peaking with 25 taters in 2009.  The season before, he had 191 Hits, which was good enough for third overall in the American League.

While Lopez would have a decent Batting Average for Seattle (.266), his In Base Percentage of .297 was weak and hurt him in this rank.  Defensively, he was above average, and he played significant games for the Mariners at Second, Third, and also at Short.

He would leave the Mariners when after the 2010 Season when he was traded to the Colorado Rockies.  Lopez would have 897 Hits with 80 Home Runs for Seattle.