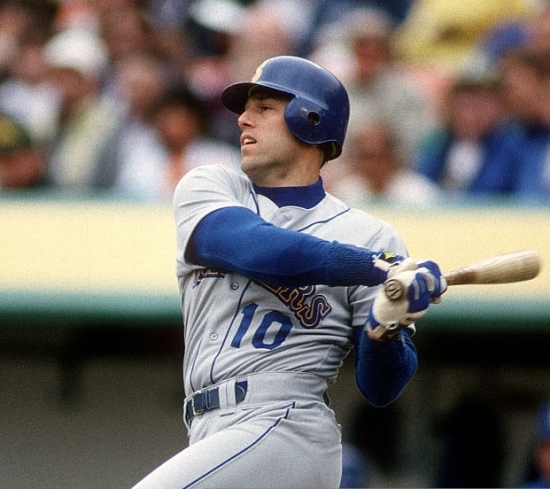 Dave Valle made his Major League debut in 1984 with the Seattle Mariners, and he would play for the M's infrequently over the next three seasons before he would play the lion's share at Catcher in 1987.

From ’87 to '93, he would have at least 322 Plate Appearances, and he was a light hitter who peaked only at .328 in OBP in 1990.   He did, however, manage two 10 Home Run seasons (1987 & 1988).  Where Valle truly shined was his defensive skills as he would routinely have a healthy Defensive bWAR, and in 1993, his last year in Seattle, he would lead the American League Catchers in Putouts, Double Plays Turned, Runners Caught Stealing, and Range Factor per Game.

Valle signed after his impressive defensive season with the Boston Red Sox.  With Seattle, he had 558 Hits with a Defensive bWAR of 6.1.