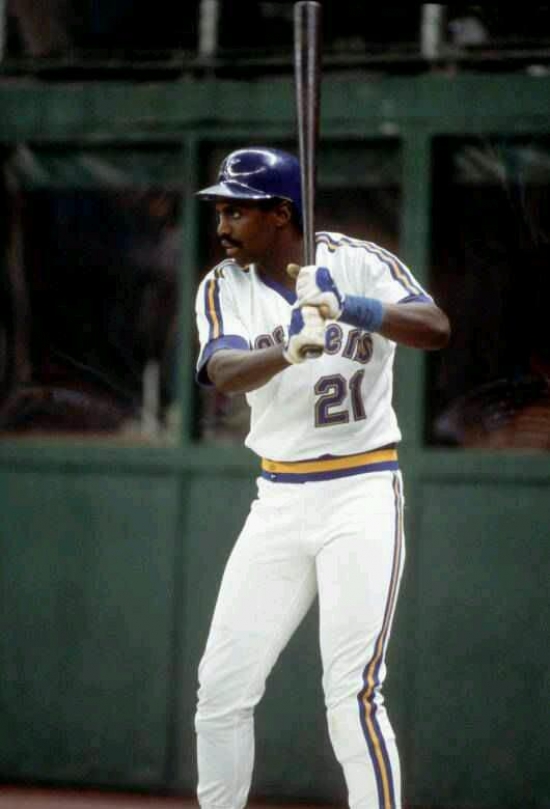 If you have the nickname of "Mr. Mariner," it stands to reason that the player in question is an important player in franchise history.

Davis was the most popular player in Seattle during his day, much of which stemmed from his Rookie of the Year in 1984.  Davis made (his only) All-Star team that year and would bat .284 with 27 Home Runs and 116 Runs Batted In.  That was one of his better seasons, and it would showcase what you could expect from Davis moving forward.  The First Baseman had 18 Home Runs each of the next two years while batting over .270 in each year.  1987 saw Davis put up a career-high in Hits (171), Home Runs (29), and Slugging Percentage (.516), and after another 18 dinger year, he again reached 20 Home Runs in 1989 with a personal best .424 On Base Percentage.

Davis' skills would decline after that, and he only had 12 Home Runs with a .221 Batting Average in 1991.  That would be his final season with Seattle.  He would sign with the California Angels as a Free Agent after that but only played 40 Games before being released.

It is worth noting that, Davis' rank is affected by his weak defense, as he never had a season where he had a positive Defensive bWAR or led any First Basemen in a traditional defensive metric.